Glenn Beck sees enemies everywhere: Karl Rove and Grover Norquist are 'joined at the hip' against me 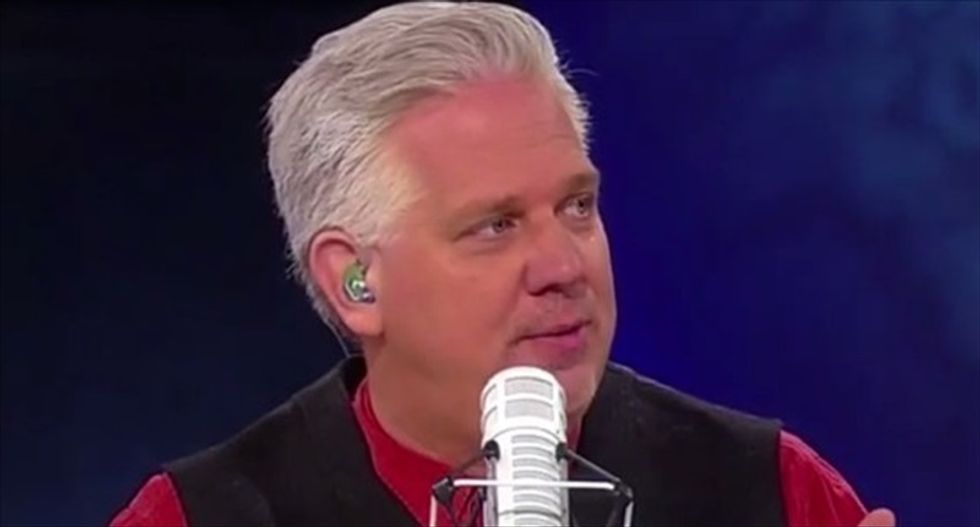 While he did not want to indulge in conspiracy theories, Glenn Beck said on Thursday, he found it "interesting" that he is facing criticism from Karl Rove and Grover Norquist.

"We're now fighting a battle on two fronts, and I believe they are connected," Beck said on his radio show. "I believe that Karl Rove and Grover Norquist are joined at the hip, and there's something very bad here."

The longstanding feud heated up when Beck lashed out at Norquist last week, saying he would cancel his membership in the National Rifle Association if Norquist remained on the board. Beck and other conservatives have accused Norquist of having ties to Islamic extremists.

As Right Wing Watch reported, the threat -- and the accompanying response by Beck's fans -- was enough to prompt the group to investigate Norquist.

Rove entered the fray when he lambasted Beck on The O'Reilly Factor for saying he was leaving the Republican party altogether. Beck responded with an online post saying that Rove had "the spine of a worm, the ethics of whores, and the integrity of pirates."

On Thursday, Beck said he saw other conservatives wondering why Rove would "pick a fight" with him after the uproar over his remarks about Norquist was dying down. Breitbart.com reported that many Tea Party Republicans were siding with Beck in the dispute over Rove, who is seen as the quintessential establishment insider.

"Karl Rove and his K Street cronies have ruined the Republican party," said Drew Ryun, political director for the Madison Project political action committee. "Rather than supporting candidates that run on principle and conservative policies, Rove has pushed for liberal Republicans that only care about power and appeasing the D.C. special interests."

Beck added that an unidentified "GOP operative" compared him to George Armstrong Custer, the military leader who met his death against a group of Native American tribes at the Battle of the Little Bighorn.

"Custer would have won if he would have convinced the Indians to go over the hill one at a time," Beck said. "This same GOP operative is involved with Karl Rove. Isn't it interesting that Karl Rove decides to open up another front while I have Grover Norquist going, as well, and seemingly to his detriment."

Watch Beck's remarks, as posted by Right Wing Watch on Thursday, below.