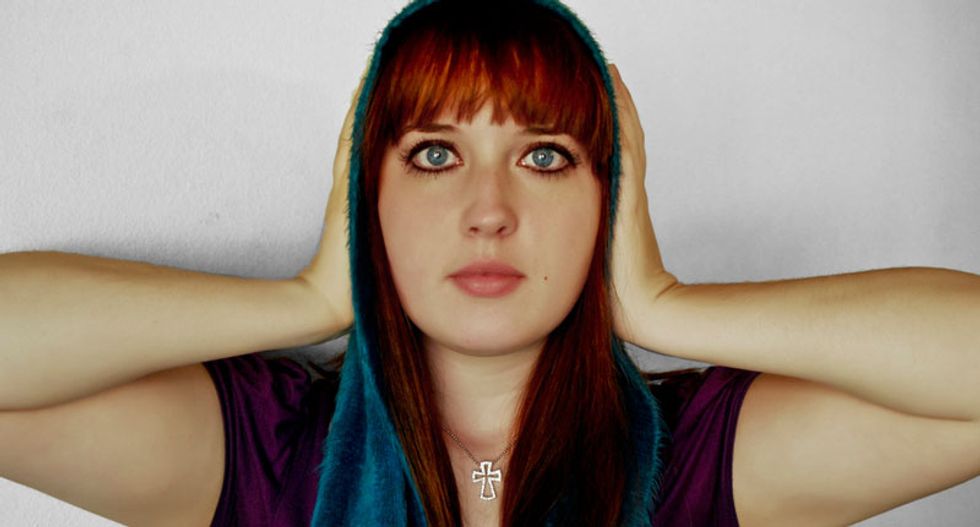 For many people hearing voices is synonymous with schizophrenia and severe mental illness. But is this always the case?

We’ve known for a long time that hearing voices, or auditory hallucination, is reported by people with a wide range of psychiatric diagnoses as well as by those who have none. Indeed, 5-13% of adults will hear voices at some point during their lives – in circumstances that may be related to spiritual experiences, bereavement, trauma, sensory deprivation or impairment, as well as mental and emotional distress.

Despite this, many people, including health-care professionals, still regard hearing voices as a “first-rank” symptom of schizophrenia and assume that these voices are experienced as negative, commanding, loud, frequent and coming from outside the head.

This is not surprising when you consider that most of the research into auditory hallucinations is done in a clinical setting with people diagnosed as suffering from psychosis. Most of the scales and measures used in research, and for clinical and diagnostic purposes, start by asking people to report on things like the loudness, frequency and emotional content.

The question arises: is there something we’re missing about this experience, just because we’re not looking for it?

Our research team at Durham and Stanford Universities decided to go back to first principles and ask people to describe, in their own words, what it is like to hear voices. We designed an open-ended online questionnaire which was completed by 153 people with a range of diagnoses, including 26 who had never had a psychiatric diagnosis.

The findings, reported in The Lancet Psychiatry, reinforce some of what we already know about auditory hallucinations – people hear lots of different kinds of voices, some with strong characterful qualities, and despite strong associations with negative emotions such as fear, anxiety and depression, some people also hear positive and supportive voices.

What we didn’t expect to find was how people’s responses to this survey would challenge our own understanding of the very nature and definition of an auditory hallucination.

Although the terms “true” and “pseudo” hallucination are no longer regarded as clinically useful, the idea persists that voices perceived as loud and as coming from outside the head are somehow a more serious symptom or disturbance. Just under half of the participants in our study said that the voices they heard were indistinguishable from hearing somebody in the room, but a similar number reported thought-like voices or a mixture of the two.

As one participant put it:

I did not hear the voices aurally. They were much more intimate than that, and inescapable. It’s hard to describe how I could ‘hear’ a voice that wasn’t auditory; but the words the voices used and the emotions they contained (hatred and disgust) were completely clear, distinct, and unmistakable, maybe even more so than if I had heard them aurally.

Interestingly, there was no clear link between people’s reported diagnosis and the quality of the voices they heard, which brings into question the idea that loud, external voices are “typical” of schizophrenia. Should some voice-hearing experiences be understood not as “problems” of perception or of auditory processing, but as more closely related to the complex ways in which we think?

The legacy of Cartesian dualism – where mind and body are separate entities – runs deep in the psychological disciplines. Regardless of whether it is a question of thinking or of perception, hearing voices is approached as a phenomenon of the mind and so we tend not to ask if it is also felt in the body.

When you do ask, the results can be surprising: 101 people, or two-thirds of participants in our study, reported changes in bodily experience when they heard voices. “My body and brain felt like they were on fire when I heard the voices,” wrote one participant “I had constant tingling sensations throughout my extremities and shock-like sensations in my solar plexus.”

Others wrote of heightened sensitivity, intense pressure in the head, warmth, agitation and feeling radically detached from their bodies. Nearly one in five people experienced “multisensory” voices. Voices with effects on the body were more likely to be abusive or violent, and, in some cases, be linked to experiences of trauma. This means there might be a greater role for physically focused therapy in helping people to cope with these experiences.

The consequences of complexity

Spend time talking to people in detail about their voices - the ways in which they are experienced, made sense of, and coped with - and the heterogeneity of auditory hallucinations is unmistakable.

Yet it is still commonly assumed that hearing voices is always a symptom of severe mental illness, and that the voices heard by people with a diagnosis of schizophrenia are loud, commanding, and dangerous. That wasn’t the case for our participants, though it must be recognised that people who are experiencing acute difficulties with managing their voices may be less likely to participate in research.

Our study drew on a wide range of expertise – including in philosophy, psychology, medical humanities and the history of psychiatry, as well as personal experience – to investigate the phenomenon of hearing voices. This shows the value of a range of methods and approaches in illuminating this fascinating aspect of human experience.

A greater understanding of the complexity and variety of that experience is crucial. Our research also has implications for the therapeutic management of distressing voices and for the design of future studies of voice-hearing.

The Republican Party is trying to rebrand itself as te party of the working class.

Rubbish. Republicans can spout off all the catchy slogans about blue jeans and beer they want, but actions speak louder than words. But let's look at what they're actually doing.

Did they vote for the American Rescue Plan? No. Not a single Republican in Congress voted for stimulus checks and extra unemployment benefits needed by millions of American workers.

It doesn't look like former President Donald Trump's West Palm Beach neighbors will be getting rid of him anytime soon thanks to a legal loophole.

According to Palm Beach Daily News, the town attorney John Randolph determined that Trump can reside at the golf resort as long as he is classified as an employee.

The US owes Hawaiians millions of dollars worth of land. Congress helped make sure the debt wasn’t paid.