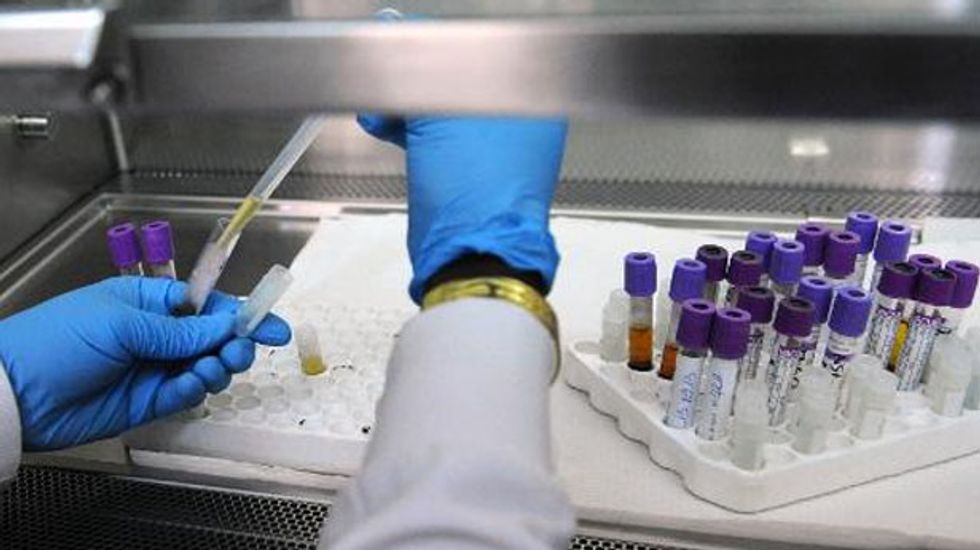 A laboratory technician works on blood samples of people living with HIV. Photo via Agence France-Presse.

Indiana Governor Mike Pence said on Wednesday he will declare a public health disaster in a small southern Indiana county that has seen a drastic increase in HIV cases tied to intravenous prescription drug abuse since December.

Pence spoke to reporters after meeting with county officials and representatives from the U.S. Centers for Disease Control.

Since December, Scott County has had 72 confirmed HIV cases and seven preliminary ones. Officials fear potentially up to 100 cases could be identified.

In past years, Scott County reported less than five new HIV cases each year and had just 21 residents with HIV in 2014, according to state statistics.

While HIV is considered a sexually transmitted virus, the Indiana epidemic is unique because officials say all cases have been tied to intravenous drug use.

The initial cases were diagnosed after people injected themselves with the powerful painkiller Opana, which contains oxymorphone. Officials said people also have become infected after injecting other drugs, such as methamphetamine.

Pence, a Republican, said he does not think needle exchanges are a good anti-drug policy. However, he said it is under consideration for Scott County as a way of preventing the spread of HIV.

Indiana will bring in a mobile command center and make available additional state resources to help Scott County. In addition, CDC officials have been in the community since Monday to help with follow-up contacts with those diagnosed.

Officials urged those with HIV and battling drug abuse to take advantage of the resources available to treat their conditions.

Scott County officials say they have been fighting narcotics, and in particular prescription drug use, for several years, and the HIV outbreak has raised the level of concern.

"That's when we started calling in the cavalry, like the state folks who’ve come in today to give us some help," Scott County Sheriff Dan McClain said.