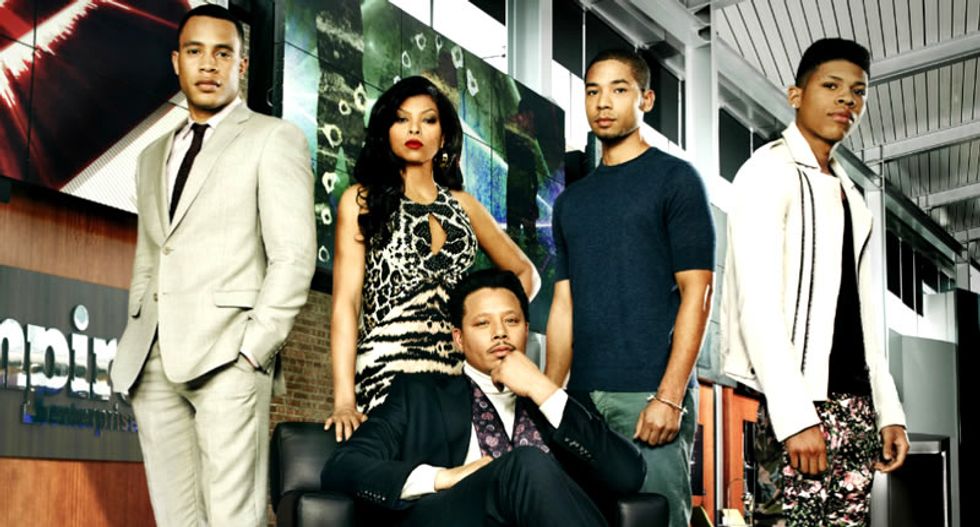 According to an article by Nellie Andreeva published yesterday at Deadline Hollywood, the television landscape has shifted so much this season that white actors are finding it increasingly difficult to find roles.

In addition to new hit shows with mostly minority casts -- Black-ish, Empire, Fresh Off the Boat, and How to Get Away with Murder -- shows that were originally intended to have white protagonists like ABC's Uncle Buck, based on the 1989 John Candy comedy, have been recast with black leads.

This represents a welcome change for many talent agents, one of whom told Andreeva that they were happy to no longer have to call casting directors and ask if there was a possibility of them casting an ethnic actor or actress for a role. "I feel that the tide has turned," the agent said. "I can pitch any actor for any role, and I think that's good."

Andreeva disagreed, arguing that a kind of reverse-racism might be operating here in which more qualified white candidates are being turned away in favor of lesser talented actors who help meet a minority quota because shows need "to go ethnic."

"Instead of opening the field for actors of any race to compete for any role in a color-blind manner, there has been a significant number of parts designated as ethnic this year, making them off-limits for Caucasian actors," she wrote, before describing a pilot in which the top two choices for regular parts were white both but only one of them could be offered a position.

"Basically 50 percent of the roles in a pilot have to be ethnic, and the mandate goes all the way down to guest parts," an agent told her.

Andreeva claimed that the reason that these ethnic actors and actresses are less talented than their white counterparts is simply a matter of supply and demand. Because of "the flood of roles for ethnic actors...the talent pool of experienced minority performers -- especially in the younger range -- is pretty limited," she wrote.

Although she acknowledged that "[a] lot of what is happening right now is long overdue," Andreeva worried that "replacing one set of rigid rules with another by imposing a quota of ethnic talent on each show might not be the answer."

In many cases, however, the ethnicity of a show's cast is being determined by the star whose vehicle it is. ABC's new medical comedy, Dr. Ken, stars The Hangover and Community's Ken Jeong in a role based on his own experience as a doctor. Delores & Jermaine, starring Whoopi Goldberg and comedian Jermaine Fowler, is based on his experience of moving in with his estranged grandmother.