'I'm going to kick the baby out of your womb': Man beats pregnant woman who didn't say thank you 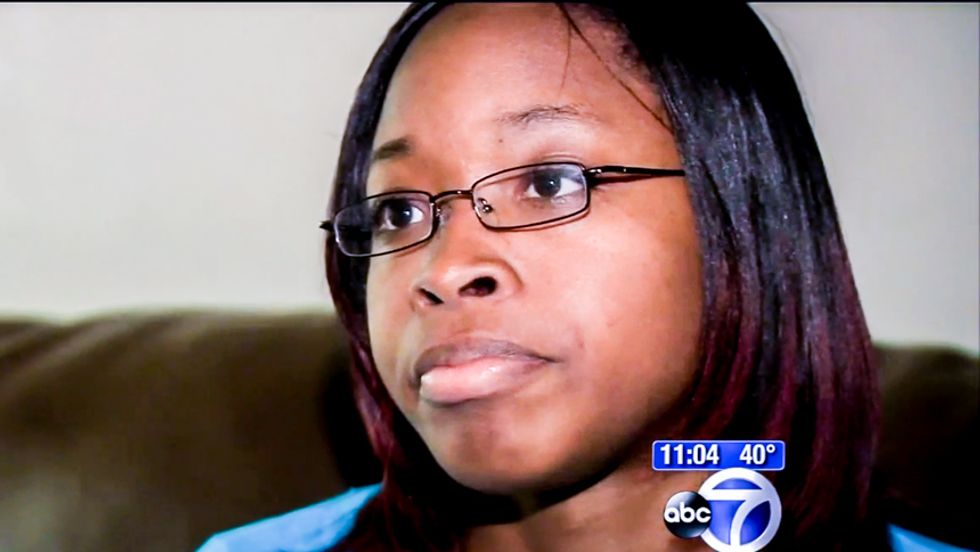 Lakeeya Walker was attacked at her place of work (WABC)

Police in New York are searching for a man who kicked and punched a pregnant woman after she did not thank him for holding the door.

Lakeeya Walker, 22, told DNA New York that she was working as a caretaker at Chelsea-Elliot Houses on March 5 when 32-year-old Darryl Guillyard opened the door for her. Walker said that the man called her "an ungrateful f*cking b*tch" when she didn't thank him, and then he threw a cup of hot coffee on her.

She recalled that Guillyard, who is a resident at the complex, picked her up by her neck.

“He then choked me with one hand and then started hitting me repeatedly with the other,” she explained to WCBS.

After tossing her to the ground, she said that he kicked her in the stomach and in the crotch.

"He said, 'I'm going to kick this baby out of your womb,'" Walker noted.

Walker was taken to Lenox Hill Hospital, where she was treated for bruises and scratches. She said she was thankful that her injuries were not worse.

“I’m really little. My arms were already weak from shoveling the snow, and then to have to go through an assault like this was ridiculous. And I just felt as though, protect yourself. Fight with your all and protect yourself,” she said to WCBS. “And this man, like, he’s really, really big. He could have put me in a worse condition than I was already in.”

Doctors told her that she had "a blood clot by the baby’s head."

"He said the blood clot could go away, but as of now, there’s a blood clot by the baby’s head, and I was in sobs."

Video of the attack was captured on surveillance cameras. Police described Guillyard as 32 years old, 5 feet 10 inches tall, and 190 pounds. He has a prior arrest for an alleged robbery at gunpoint.

Walker speculated that Guillyard may have attacked her as a favor to a co-worker who she had a disagreement with.

Anyone with information about the case was urged to contact NYPD Crime Stoppers.