'I’m not there to hurt anyone': 13-year-old trans girl speaks out after being labeled a safety hazard 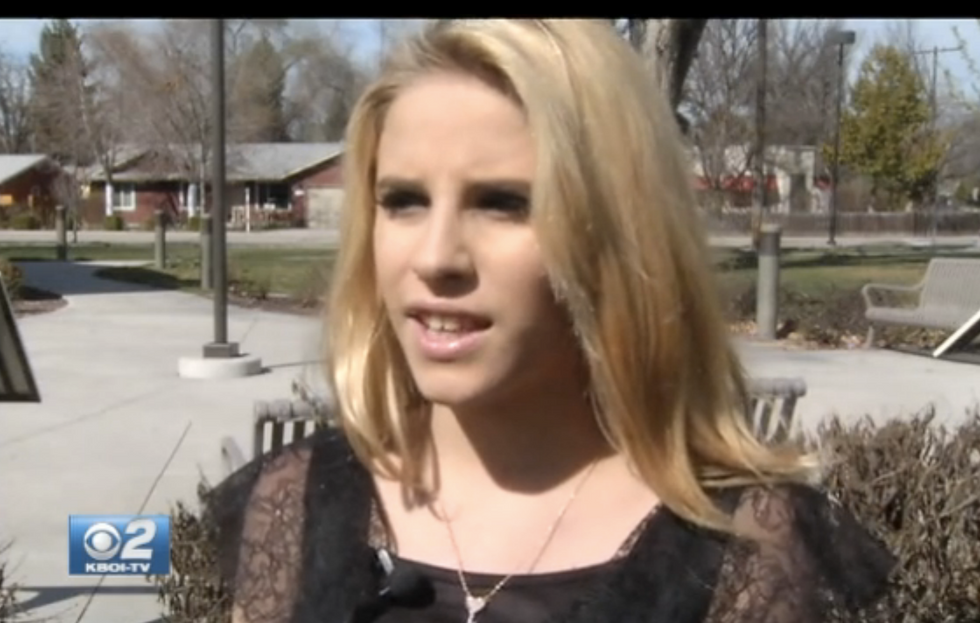 A 13-year-old trans teen in Boise, Idaho is speaking out after parents at her middle school withdrew their daughter from classes over the trans girl's decision to use the girls' restroom.

"It was really devastating to think that parents were so scared of me and that their lack of understanding led them to take their child out of school," Trantham told Channel 2.

"I have the right, as a 13-year-old girl, to use the bathroom just like anyone else," she said.

It has been a long fight for Trantham and her family to win her right to use the restroom of her expressed gender. Some parents at the school are outraged. D.W.'s father Tim said that before he had a trans daughter, he probably would have been one of them.

"I was some of those people myself at one point in my life," he said. "I didn't understand what transgender was or the issues involved."

He began to research the phenomenon of gender dysphoria and transgenderism. He learned about the high suicide rates among trans people and that, Tim Trantham said, was what made him realize that his daughter needed his unconditional support and acceptance.

The parents who have pulled their daughter from Boise's South Junior High cited safety issues as their concern.

D.W. responded that these parents have it the other way around. She was attacked when using the boys' restroom.

"Coming from a person who was sexually assaulted in bathrooms for being trans I care about bathroom safety," she said. "I'm not there to hurt anyone, and what's between my legs is not a symbol of who I am."

D.W. said that even the negative attention that she has received only inspires her to work to raise awareness of trans rights.

Trans Lifeline is a toll-free service for trans teens and adults who are in crisis or who would simply like access to more information about trans issues and rights. The nonprofit is staffed by trans volunteers and can be reached at (877) 565-8860 in the U.S. and (877) 330-6366 in Canada.