Is overuse of antibiotics driving up rates of ulcers, stomach cancer, allergies, asthma and obesity? 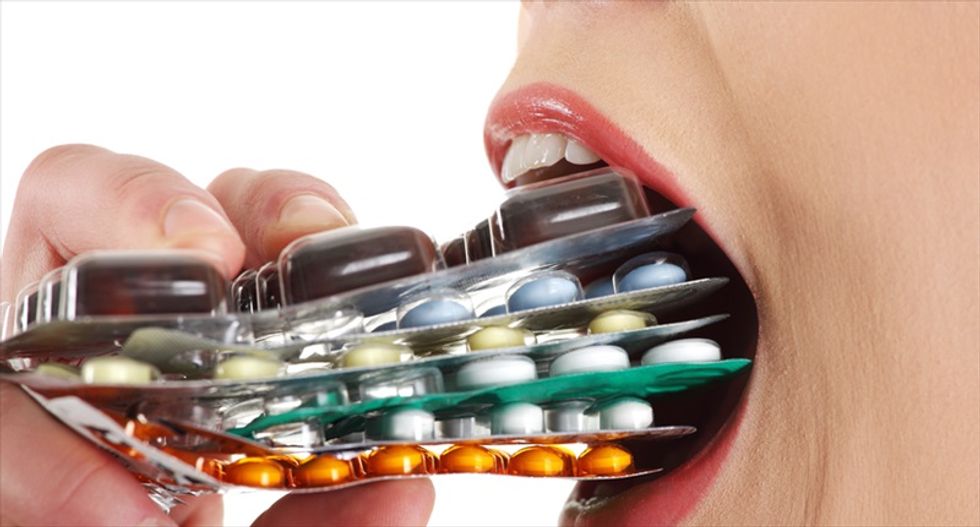 Is overuse of antibiotics a driving cause of ulcers, stomach cancer, heartburn, cancer of the lower esophagus, auto-immune diseases like allergies and asthma, and perhaps even obesity?

It all centers on a bacterium known as H. pylori, which is at the epicenter of a major and unresolved debate among some of the world's leading doctors and medical researchers. Ask many doctors, and they’ll tell you that the only good Helicobacter pylori (H. pylori) is a dead one. The common human stomach bacterium was implicated in stomach ulcers, and the scientists who made that connection, Barry J. Marshall and Robin Warren, won the Nobel Prize for their work in 2005.

But Martin J. Blaser, the director of the Human Microbiome Program at NYU, thinks that’s only part of the story. His findings suggest that our relationship with H. pylori is one of amphibiosis, a scientific term meaning a relationship between two organisms that is sometimes helpful and sometimes harmful. In other words, it’s the combination of symbiosis and parasitism rolled up in one.

Blaser takes on this question in his book, Missing Microbes: How the Overuse of Antibiotics Is Fueling our Modern Plagues. He makes the claim that the same microbe that plays a role in ulcers and even stomach cancer might also protect us from gastroesophageal reflux (heartburn), cancer of the lower esophagus, auto-immune diseases like allergies and asthma, and perhaps even obesity.

According to Blaser, it appears that H. pylori plays a helpful role early in life, and then turns on us later in life. And you might think, “Great! All we have to do is live with H. pylori until we hit middle age and then kill it off with antibiotics.” But, it turns out, fewer and fewer of us play host to H. pylori than ever before.

Could this microbe leave the human gut forever, just as we find out that it might be good for us? Here’s what Blaser had to say about his findings. And, of course, you can read much more about the subject in his book.

Jill Richardson: What is Helicobacter pylori, and how does the scientific and medical community think it has impacted human health until recently?

Martin J. Blaser: H. pylori (we call it Hp) are bacteria that live in the human stomach. When present, they generally are the dominant bacteria there. Based on the pioneering work of Marshall and Warren, we now know that Hp play an important role in ulcer disease, and that removing the organism using antibiotics results in much better outcomes of ulcer disease. Our work and the work of other teams showed that Hp also was implicated in causing stomach cancer.

JR: What made you initially wonder if H. pylori was not always harmful, or that it might be beneficial? When did you suspect it might be a case of amphibiosis?

MB: The more that I thought that Hp was really ancient, I asked whether an organism that has been around for such a long time might also have benefit to us. As we started studying diseases of the esophagus we found evidence supporting a protective role for Hp, thus it could be beneficial as well as harmful. The bottom line is that Hp may be costly to us in terms of stomach diseases but it is beneficial in terms esophageal diseases.

JR: The relationship between a stomach microbe and GI issues like heartburn and ulcers seems logical, but you found some extraordinary correlations between H. pylori and protection against other health problems. Can you share your findings? How can a stomach microbe impact asthma?

MB: When Hp is present in the stomach, there is a rich response in the stomach wall involving many immune cells—T-cells and B-cells. Some of these include T-reg cells. We now know that the Hp+ stomach has many more T-reg cells than the Hp- stomach. We believe that these have a global role in setting immunological tone, rather than just a local role.

JR: What do we know about how H. pylori impacts appetite regulation, height and obesity?

MB: The stomach also produces hormones involved in energy  storage and expenditure—hormones known as leptin and ghrelin. Most of the body’s ghrelin is produced in the stomach—and Hp appears to play a role in ghrelin metabolism. We and others have provided evidence that Hp may be involved in the regulation of these hormones, that in turn regulate energy flux. These effects could have bearing on appetite, height and weight.

JR: Why is H. pylori becoming less common in humans, and how do factors like smaller family sizes impact that trend? Do we know enough yet to know if it would be harmful if H. pylori disappeared in humans?

JR: Despite peer-reviewed publications by you and others, some doctors and scientists still view H. pylori purely as a pathogen. What do you think is the majority view on Hp at this stage, and why has there been resistance to change in the medical community?

Generally speaking, which professional communities tend to agree with you or remain open to your work and which tend to dismiss your work? Do you feel the pharmaceutical industry has played a role in that?

MB: Gastroenterologists in general are still operating on the notion that Hp is only a pathogen. Specialists in infectious diseases, and especially microbiologists and ecologists have a much more balanced view. But the gastroenterologists are seeing most of the patients, and they are the opinion leaders in this area of medicine.

JR: Given that your views are considered controversial, what are some the critiques of your work on H. pylori, and how do you respond to them?

MB: One critique is that my ideas are true but not important enough in light of the known risks of ulcer disease and stomach cancer. Another view is that we have shown associations but not cause. My responses are to be as accurate as possible about the possible benefits of eradicating Hp, and about the costs. Ultimately, truth will win out. From an ecological viewpoint, my ideas are well-founded, and I believe that biology always trumps clinical fashion

JR: What do you think your findings about H. pylori mean for human understanding of microbes in general? Is there a larger lesson to take away from this as we begin to understand our relationship with other microbes that live inside of us?

MB: Yes, our ancient bacteria come with cost but they also provide benefit; we need to look at both sides of the story.