Lewis Black: Not even taking LSD in my youth could prepare me for Ted Cruz 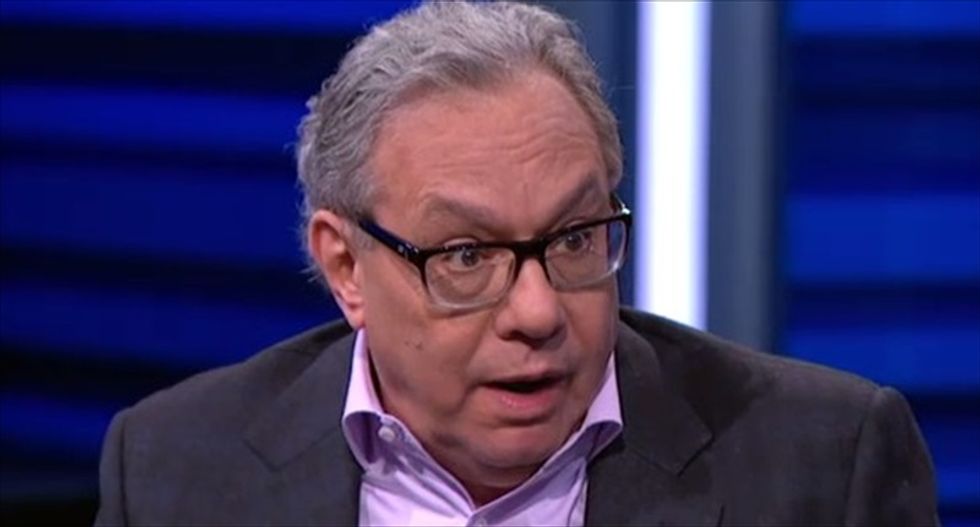 Comedian Lewis Black seemed shocked that Sen. Ted Cruz (R-TX) could be seriously considered as a presidential candidate during a panel discussion on The Nightly Show on Tuesday.

"I took LSD in my youth, and it didn't prepare me for him," Black said of Cruz, before seemingly comparing him to former Republican Sen. Joe McCarthy.

"We've lived through this before. This is 1956," Black said. "If [Cruz] had appeared at Liberty University and it was shot in black and white, then I'd go, 'I get it.' This is someone who should never have made it to color television."

Black clashed with Blaze TV anchor Amy Holmes, however, when he said that the Liberty students believed he would go to hell because he is Jewish.

"It's not really a place for me to jump in and go, 'Oh boy! What a great candidate!'" Black argued. "I cut out 90 percent of what he said. He believes I'm going to hell, so what are we talking about?"

"Many of them would say that it is not for them to decide, that they have accepted Jesus into their heart," Holmes told him, before asking, "Are you saying that someone who is an open Christian, who wears their religion on their sleeve, shouldn't be president of the United States? That doesn't make sense."

"That isn't what I said," Black replied. "You took the joke and drove down a bad highway."

Holmes and host Larry Wilmore also sparred when Wilmore asked why Republican candidates feel the need to "suck up" to people who believe that the Earth is 6,000 years old.

"Actually, a huge percentage of Americans believe in creationism, and creationism as how human beings came into this world," she said.

"And you want to suck up to those people to run for president, who believe the Earth is 6,000 years old," Wilmore countered.

"What I'm saying is, I think we need to have a little bit more respect at this table and in politics for people who are evangelical, who believe in creationism, and believe in a Biblically-based life," Holmes said, drawing boos from the audience.

"Someone who's making the most important decisions in the world should not believe the Earth is 6,000 years old," Wilmore replied.

A Gallup poll released last June showed that 42 percent of Americans still believe in creationism. However, Holmes did not mention that her network's creator, Glenn Beck, has already expressed his support for Cruz's candidacy.

Watch the discussion, as aired by Comedy Central on Wednesday, below.