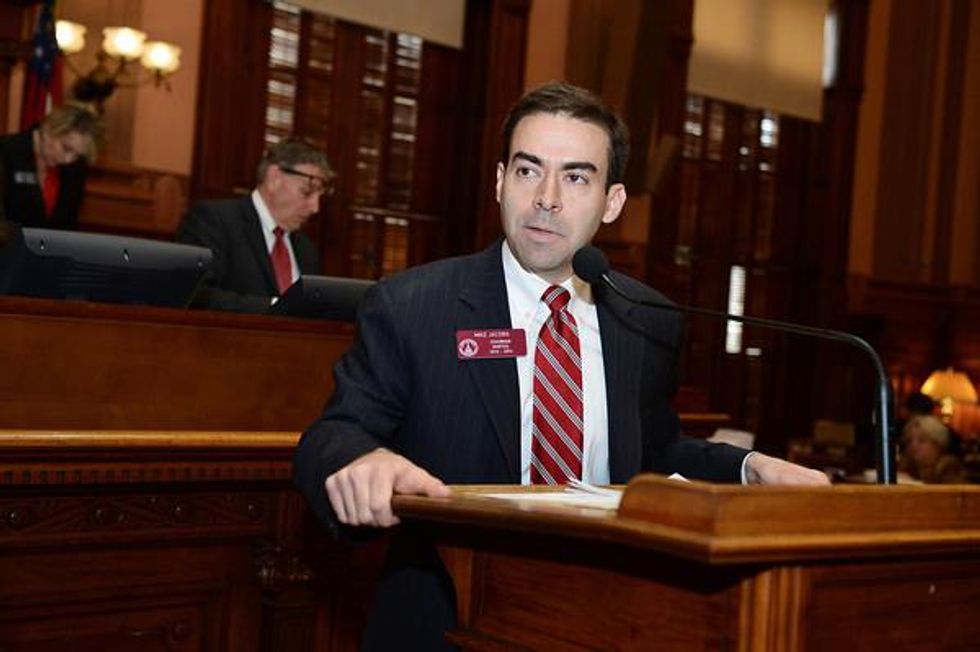 As reactions swirl to Indiana Gov. Mike Pence (R)'s decision to sign into law a bill legalizing discrimination in the state so long as it is done on religious grounds, a similar bill in Georgia has stalled out in committee.

According to the New Civil Rights Movement blog, state Sen. Josh McKoon (R)'s bill was derailed by a fellow Republican, who attached a provision to the proposed Religious Freedom Restoration Act (RFRA) that would stop it from violating Georgians' civil rights, including those of LGBT people.

The state Senate passed the bill on March 5 and it was assigned to a special House Judiciary Committee before it would be allowed to go up for a full House vote. It was in that committee on Thursday afternoon that state Rep. Mike Jacobs (R) added an amendment to the bill -- the conservative organization Concerned Women for America (CWA) called it a "poison pill" -- that would uphold the state's civil rights laws and protections for LGBT Georgians.

Jacobs told the committee that he has had too many calls and emails from constituents worried about the bill's unintended consequences and long-term effects.

"This is the amendment which will gut this bill," said Republican Rep. Barry Fleming before the vote on Jacobs' amendment, according to the AP.

Nonetheless, the committee voted 9 to 8 to include the amendment, after which support for the bill collapsed and lawmakers voted to table it, leaving its future in serious jeopardy.

LGBT newspaper the Georgia Voice said that with only three days left in the state's legislative session, it is unlikely that the bill will ever reach the floor of the state House for a vote.

Bills like McKoon's purport to protect people of faith from being forced by the government to engage in practices that they find morally repugnant. However, rights organizations around the country are fighting the bills on the grounds that they provide legal cover for an array of discriminatory practices.

In the wake of Indiana's passage of its own "religious freedom" bill into law, multiple companies have announced that they will be ramping down economic involvement in the state. Musicians and public figures around the country have spoken out against the new law and openly mocked Gov. Pence for signing the bill.

Musician Audra McDonald tweeted at Pence, asking if she should fire the LGBT members of her touring band so as not to create confusion when it came to lodging and services.