Michigan woman: Cop raped me in bed with infant daughter, called me 'ghetto piece of sh*t' 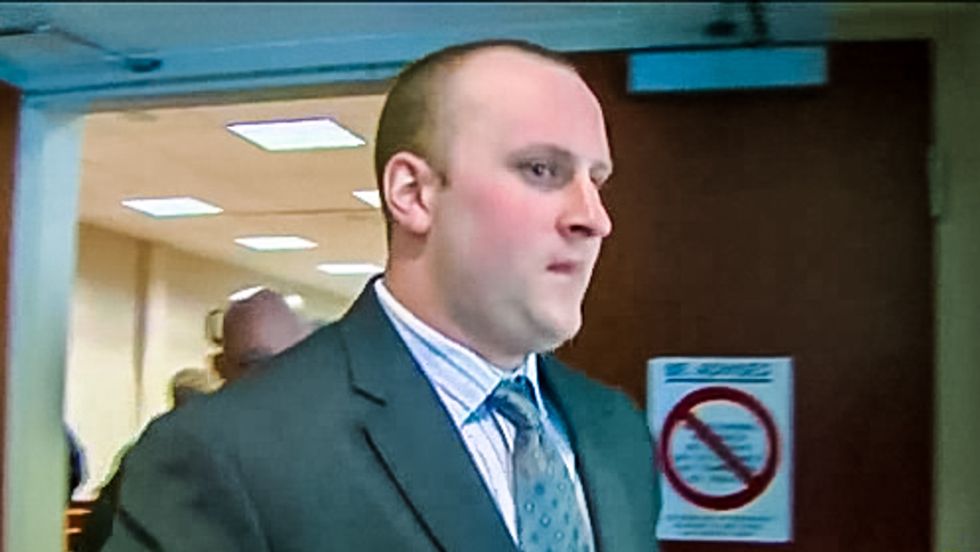 A Michigan woman testified that then-Grand Rapids police Officer Ryan Bruggink raped her in the same bed where her daughter was sleeping.

At a preliminary court hearing last week, the victim told the jury that she met the 24-year-old rookie cop on an online dating service. However, she said relationship only lasted several months before she called it off, MLive.com reported.

The woman explained that Bruggink had insisted on coming to her house on the night of Nov. 24, but she "kept telling him 'No, don't come over.'"

She testified that Bruggink forced his way into her home, and began searching her belongings. He claimed that he had a right to go through her things, and showed her his police badge.

She hoped that Bruggink, who had been drinking at a local bar, would pass out on her couch. Instead, he came into her bedroom and sexually assaulted her on the bed where her 7-month-old child was sleeping.

Bruggink called her a "ghetto piece of shit," and said that he hated that he loved her so much, the woman told the court. She eventually convinced him to move into another room, where he allegedly continued to rape her.

The woman said that Bruggink slapped her and choked her while she was being sexually penetrated.

"I couldn't breathe. I couldn't even talk," she recalled.

“I was fighting him,” the woman noted. “He grabbed me, and turned me around on the couch by my neck and put my face into the arm of the couch. I told him, ‘No.’ I told him stop, and he was holding my hands behind me, and then he just kept trying to get it in. He had let go of one of my hands, and that’s when I punched him.”

The victim said that she did not report the incident initially because she knew Bruggink had "buddies" on her town's police force.

"I was scared to call the police," she insisted. "He was police."

Attorney Robert Hackett, who was representing Bruggink, told the court that the victim enjoyed having rough sex with his client, and that the incident had been consensual.

The videos below are from MLive.com.