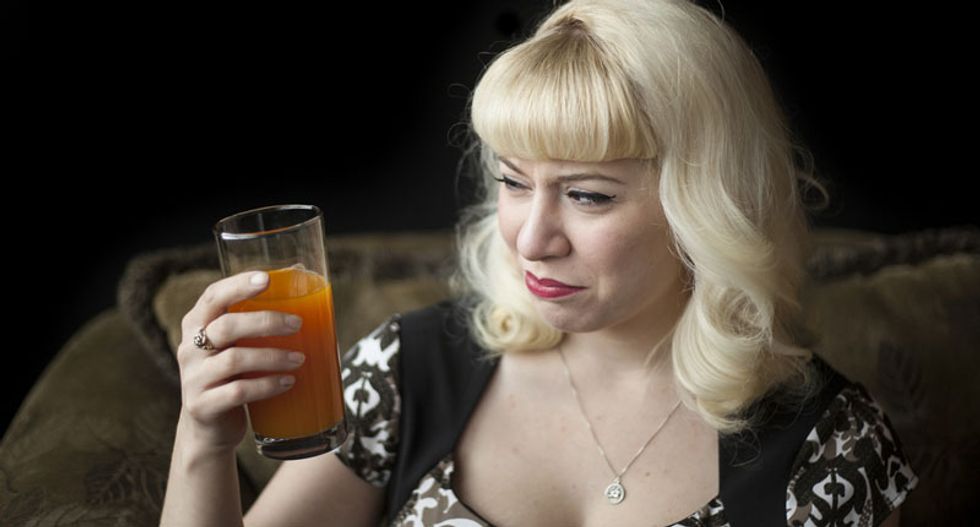 Woman grossed out by juice (Shutterstock)

In light of the recent New York Times revelation that potential GOP presidential candidate Mike Huckabee is "pursu[ing] some highly unconventional income streams" to finance his run for the White House -- including a "cure" for diabetes that consists of cinnamon and chromium picolinate -- increased attention is being paid to highly lucrative fad diets, the science behind which is sketchy at best.

Evidence for the damaging effects of "toxins" is thin on the ground -- as in, scientists claim that the kinds of toxins that are eliminated via these diets not only don't, but can't possibly exist.

As Edzard Ernst, emeritus professor of complementary medicine at Exeter University told The Guardian's Dara Mohammadi, "there are two types of detox: one is respectable and the other isn’t." The former involves the medical treatment of people with life-threatening drug addictions, whereas "[t]he other is the word being hijacked by entrepreneurs, quacks and charlatans to sell a bogus treatment that allegedly detoxifies your body of toxins you’re supposed to have accumulated."

If the human body did accumulate toxins in the manner that detox advocates claim, people wouldn't need a detox -- they'd be dead.

"The healthy body has kidneys, a liver, skin, even lungs that are detoxifying as we speak,” he said. “There is no known way -- certainly not through detox treatments -- to make something that works perfectly well in a healthy body work better."

Many of these detox products claim to "cleanse" the toxins stored in the liver -- but toxins aren't stored in the liver. The liver processes harmful substances that enter the body and transform them into water-soluble compounds that can be excreted. Yet health food store shelves are stocked with teas and tinctures -- as well as hair brushes and shampoos -- that promise to somehow rid the body of these mysterious toxins.

Colonic irrigation is not as palpably absurd as a hairbrush that can cleanse toxins from the liver, but it's no more based in science. Enema and colon cleanse advocates claim that the walls of the colon contain a toxin-housing "plaque" that slow releases the dreaded compounds into the body.

However, there's no evidence that such a plaque exists -- but there is evidence that processes used to remove it do real damage. "The colon houses many of the microbes that call us home. They are our friends and keep us safe. When we upset our microbes -- as with antibiotics -- bad bacteria, such as Clostridium difficile [the bacteria behind infectious diarrhea], can move in and cause disease," Michael Gershon, a professor of pathology and cell biology at Columbia University, told LiveScience.

He added that when it comes to fad diets, the healthiest option would be to abstain from them altogether.

"In most cases, the liver, kidney and intestine are so good that they can overcome even the stupidity of the worst dietary insults," he said. "Juicing and cleansing, however, push the system in an extreme way. They are dangerous even if most people survive. But why take a risk for no gain?