Obama: If I could do it again, 'I think I would have closed Guantanamo on the first day' 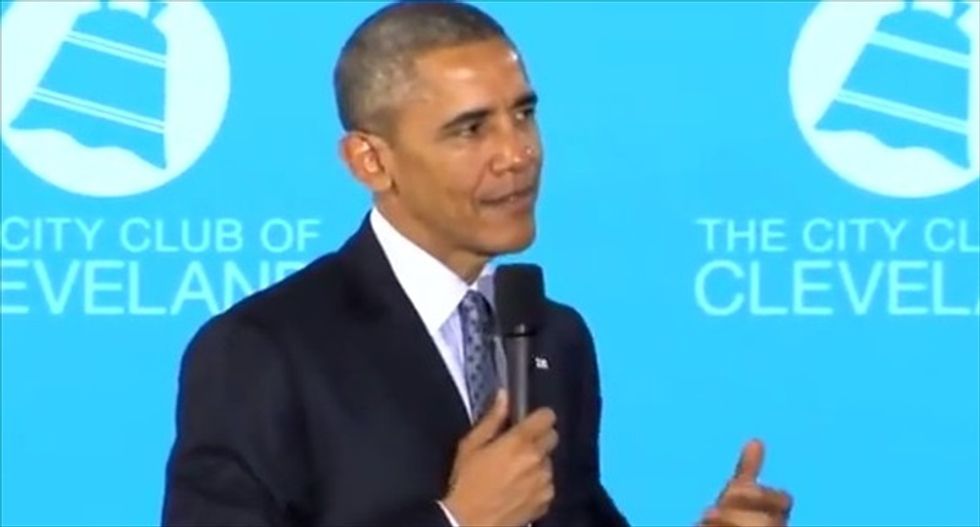 In a speech at the City Club of Cleveland, Obama mocked Republicans for turning to tax cuts in a budget that "doubles down on trickle-down" economics..

In another issue that has divided Washington, Obama said he wished he had closed the U.S. prison in Guantanamo Bay, Cuba, on his first day in office. His efforts to close the controversial facility have since been thwarted largely because of Republican opposition.

Obama said the budget plan put forward this week by Republicans in the House of Representatives would cut funding to centers that help manufacturing, a sector critical to the economy of northeast Ohio, home to plants owned by Ford, GM, Goodyear and Sherwin-Williams Co.

Republicans dismissed his comments as an attempt to help his former Secretary of State Hillary Clinton, who is expected to run for president in 2016.

“No matter how hard President Obama tries to set Hillary Clinton up to run for his third term, his tax and spend agenda continues to fail America’s shrinking middle class," said Allison Moore, a spokeswoman for the Republican National Committee.

Before his speech, Obama toured an "incubator" at Cleveland State University where advisers work with small manufacturers, speaking with a local whiskey maker about a new technique for shortening the aging process for bourbon.

It is one of about 60 such centers across the country that the White House said have helped 30,000 small manufacturers in recent years. Obama would like to spend more than $30 million a year to help set up similar centers in 12 other states.

U.S. manufacturing has been a strong point for the country's recovery from the 2007-09 recession, although the recent appreciation of the dollar is fueling worries American factories will lose an edge in export markets.

Watch video of Obama's remarks, as posted online on Wednesday, below.