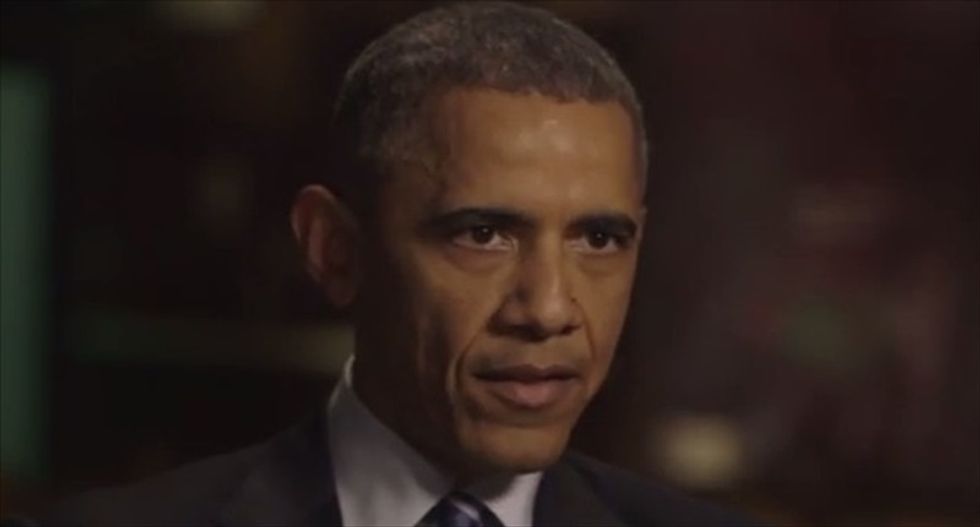 President Barack Obama has a stern message for the younger generation about their political priorities: care more about climate change, and less about legalizing marijuana.

Obama, who has been open about smoking pot in high school, chided an interviewer from Vice News who suggested that young people would view legalizing marijuana as a top item when considering the president's legacy.

"First of all, it shouldn't be young people's biggest priority," Obama said in the interview.

"Young people: I understand this is important to you, but as you be thinking about climate change, the economy and jobs, war and peace, maybe way at the bottom you should be thinking about marijuana," Obama said.

Obama has long said he supports decriminalizing marijuana but not legalizing the drug. He has called for reform of the criminal justice system for disproportionately incarcerating African Americans for non-violent drug offenses like marijuana possession.

The Justice Department under Obama has taken a hands-off approach to enforcing a federal ban on marijuana use in states such as Colorado, Washington and Alaska where recreational marijuana use is allowed.

"We may actually be able to make some progress on the decriminalization side," Obama said. "At a certain point, if enough states end up decriminalizing, the Congress may then reschedule marijuana," he said.

Rescheduling refers to reclassifying the drug as a less dangerous substance.

But Obama said he believes there are "legitimate" concerns about substance abuse and marijuana.

"There is a legitimate, I think, concern about the overall effect this has on society, particularly on vulnerable parts of our society," he said.

Watch the interview, as posted on Monday, below.