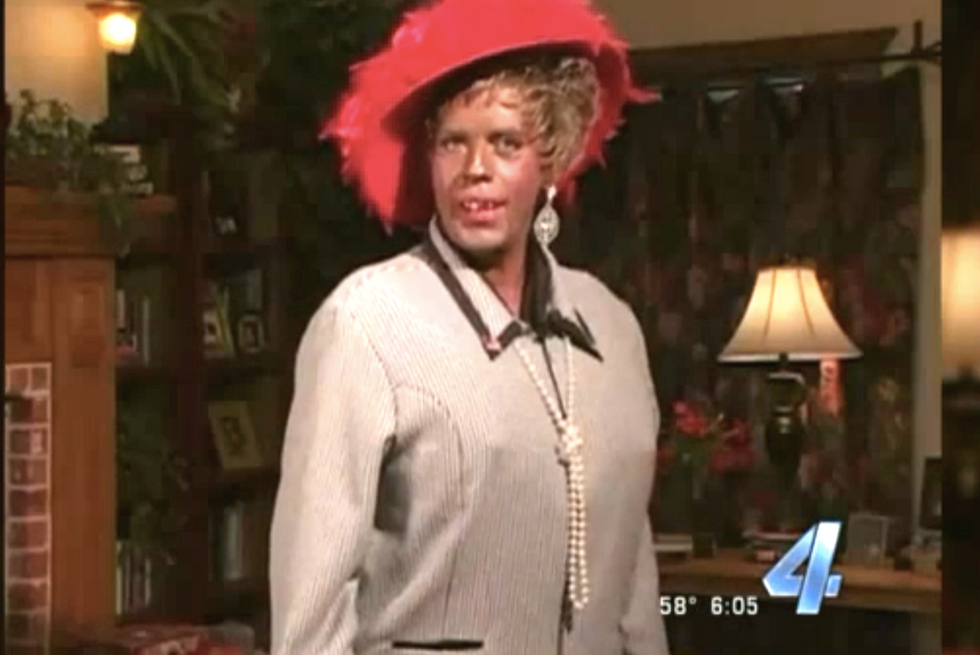 A candidate for the office of mayor in Elk City, Oklahoma is rushing to apologize after video surfaced of him performing in drag and blackface.

According to KFOR, candidate Bill Helton says the performances were "just satire," and that he never intended the character, named "Pollyester Kotton," as a racist caricature.

Helton, a hair stylist, says the character was based on a client who came into his shop regularly.

“The character came about from one of my clients, who was African-American, from Texas,” he said.

He performed as the character -- wearing a flamboyant hat and a set of joke teeth -- to raise money for charities, from 2005 to 2013.

"We filled the house and raised over 20-something-thousand dollars for three families in need,” Helton reported.

“Anyone that’s offended, I would sit down and talk to them. Because my heart is, I would never do that and want to help whoever I can help,” he said.

However, the Oklahoma State Conference of the NAACP's President Anthony R. Douglas sent a statement to KFOR saying that not everyone is amused by the character.

“Yes, this is a character. Men playing women or a woman playing a man is not new and can be very funny. But in black face? Have we learned nothing at all? This ‘character’ could have been just as effective done without the black face makeup and would be far less offensive,” Douglas said.