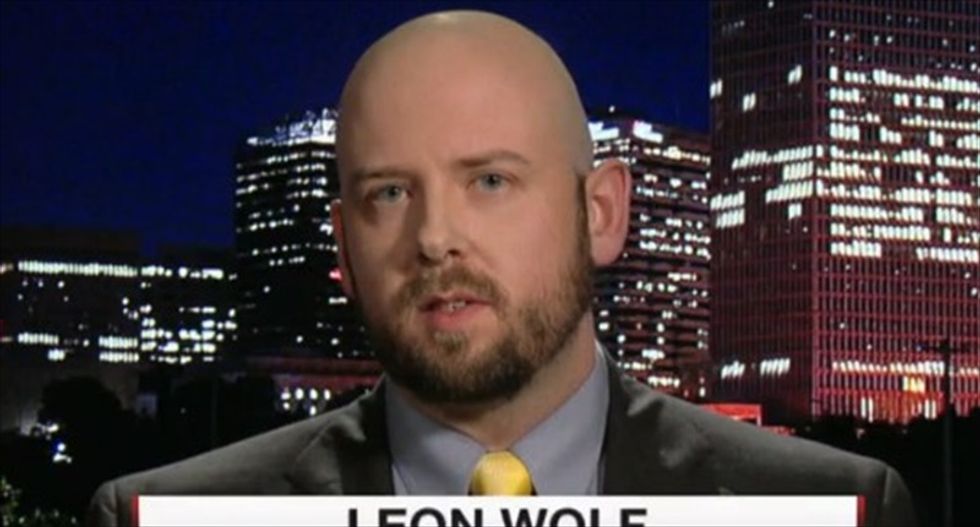 "It's a really fantastic piece. It's something I've been banging on about," Hayes told Wolf. "Thank you for writing it."

"Notwithstanding what you feel about what happened to Michael Brown, there were some serious problems with the Ferguson P.D. that ought to be addressed," he said.

Hayes argued that the DOJ's findings regarding the shooting largely back up the findings of a local grand jury, which opted not to indict Wilson last November, following months of demonstrations both in the city and around the country against unlawful use of force by police.

However, Wolf wrote, while the report cleared Wilson, it also backed up the argument that local authorities were guilty of misconduct.

"By the officers' own descriptions in the reports they turned in, they habitually used force that was excessive to the required situation, especially with respect to their use of canine attacks and taser attacks," he stated. "Numerous instances even within these (quite possibly sanitized) reports indicate that officers used force in response to mere verbal belligerence or no force at all."

The source of the "disconnect" between conservatives and liberals, he told Hayes, was that conservatives are less likely to believe that police abuses are widespread.

"What I think is important for people to focus on is that what this report shows is that, in Ferguson, and I don't think that Ferguson is especially unique in this regard, is that these civil rights violations are relatively commonplace," Wolf said. "Essentially a top-down pressure in many municipalities -- it comes from City Hall; it comes from city managers -- that pressures police to write more tickets for the purpose of bolstering the city's revenue."

"This is why I was expecting sort of widespread conservative outrage," Hayes replied. "In some ways, it's the worst vision of big, bad government. You essentially are turning armed agents of the state into revenue collectors, first and foremost. This whole thing is about extracting money from people."

Watch Hayes' interview with Wolf, as aired on Monday, below.