Roll over Ebola: Measles is the deadly new threat in Africa 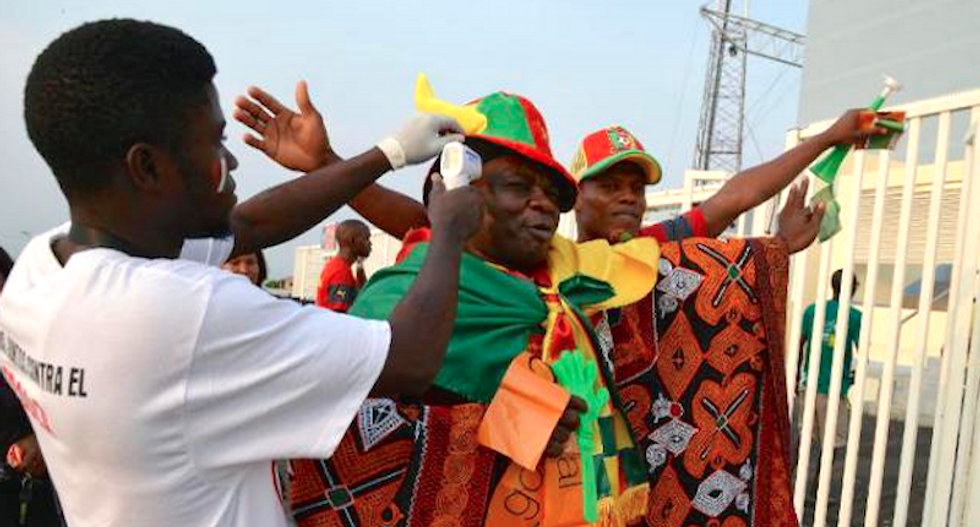 The people of Monrovia's Peace Island ghetto, refugees of civil war who found themselves suddenly overwhelmed and outmanoeuvred by the deadly Ebola epidemic, are used to life under siege.

Yet with Liberia emerging from the worst outbreak in history a year to the day since Ebola was first identified in west Africa, the slum-dwellers are facing an even deadlier threat -- the measles virus.

Experts say Liberia and its neighbours Guinea and Sierra Leone are ripe for an outbreak that could infect hundreds of thousands, dwarfing the carnage wrought by Ebola.

Death once again stalks impoverished communities like Peace Island, a cramped spit of land surrounded by swamp where 30,000 people sought refuge behind the abandoned Ministry of Defence after Liberia's 1989-2003 civil wars.

By mid-March, coastal Liberia is already mercilessly hot and healthcare workers sweat as they pass through the slum in a mini-truck, calling out to mothers via a loudspeaker to bring out their babies.

"I am happy to have the opportunity to bring my child for the measles vaccine because in this community children are dying," Marie Bassa, 32, tells AFP after climbing down from the vehicle with her nine-month-old baby.

The government said on Friday a woman in Monrovia had tested positive for Ebola, but the case was the first in the country for more than a month and officials said they were not concerned that it would lead to a wider outbreak.

Despite the setback, Liberia is considered to be well on the road to recovery from an outbreak that brought the country to its knees, claiming more than 4,000 of the 10,000 lives lost across west Africa.

One consequence of the crisis has been a dramatic drop in measles vaccinations, with overburdened hospitals unable to keep up, leaving millions of children potentially at risk, experts suggest.

"We did a survey and we found out that measles is becoming a serious threat to the Peace Island community... So we decided to launch this campaign in response," MSF vaccination supervisor Denis Besdevant told AFP.

MSF's initial target is to get 700 children aged nine months to five years into its makeshift community vaccination centre, says Besdevant, adding that 250 infants were seen on the first day of the campaign last week.

Aid workers say convincing mothers, already deeply suspicious of Western healthcare, to hand over their children is one of the biggest challenges they face.

"It is not an easy task. Most of the people are saying that the government is trying to bring Ebola back and that is why they are talking about a measles vaccine," MSF's Alfred Godfrey explains.

"We take our own time to explain to them that the sickness that is killing the kids after Ebola is measles. Some of them agree but others don't."

Measles causes fever and a rash, and complications can include pneumonia, fatal brain swelling, blindness and hearing loss.

Outbreaks often follow humanitarian crises, as vaccination rates decline because of violence, fear of infection and health systems that are overwhelmed with casualties.

The west African Ebola outbreak has infected around 25,000 people. Crucially, some 852 of those cases have been healthcare workers, 492 of whom have died.

Researchers estimate that measles immunisations in the region -- typically ranging between 60 and 80 percent of children -- had fallen by 75 percent because of the Ebola crisis.

As a result, 100,000 more children could get measles, in addition to the 127,000 cases already anticipated among children who have not been vaccinated in Guinea, Sierra Leone and Liberia.

Researchers forecast that on top of the 7,000 measles deaths that the countries would normally anticipate, up to 16,000 additional children could die from measles thanks to Ebola-related disruptions to healthcare.

Many mothers in Peace Island have refused help, Godfrey said, but MSF is slowly changing minds by using the mothers of vaccinated children to persuade the others.

Rita Kpepka, 46, told AFP around 10 children in her part of the slum had recently died of measles, many wrongly thought to have been struck down by Ebola.

"First I was afraid. My friend encouraged me to come. She explained to me that it is the real measles vaccine they are giving here, not an Ebola vaccine," said Kpepka, who has a three-year-old.

"I am happy because my kid took the vaccine and she is OK."