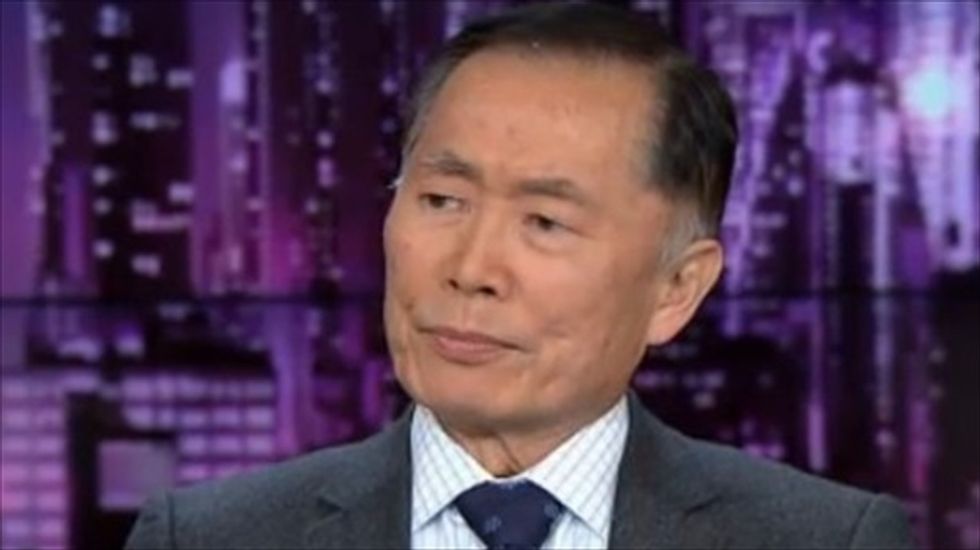 Indiana Gov. Mike Pence (R) now faces the prospect of a wider boycott from sci-fi and gaming fans with the involvement of actor and activist George Takei, the Huffington Post reported.

Takei criticized both Pence and the Republican-controlled state legislature online over Senate Bill 101. Supporters have said that the measure would protect residents' freedom of religion from state scrutiny, while opponents counter that the bill would legalize discrimination against same-sex couples.

"To the governor and to the legislators in Indiana who support this backward-looking and divisive bill, I say to you this: If it goes into effect, Indiana will be marked as a state where certain people are not welcome, and so we will not visit," Takei wrote. "We will not spend. And we will not attend events, including GenCon, the world’s largest gaming convention, held in Indianapolis each year."

Takei's post came a day after Gen Con, a gaming convention that reportedly brings in around $50 million in business to the Indianapolis area every year, sent a similar message to Pence, saying that enacting the law "will factor into our decision-making on hosting the convention in the state of Indiana in future years." The convention is currently slated to be held at the Indianapolis Convention Center through 2020.

"Such laws harken back to a time where our society was divided, and people of color were banned from white establishments," Takei wrote. "That is not our nation any longer, and those are not our values."

The post, which has been shared nearly 11,000 times since Takei posted it on Facebook, and can be seen in its entirety below.

The Governor of Indiana has indicated that he will sign SB101—a law that allows businesses to discriminate against...

Indianapolis Star columnist Erika D. Smith noted that the bill has also prompted the computing company Salesforce.com to threaten to cancel plans to expand operations in Indianapolis, while Jason Collins -- the former NBA player who revealed that he was gay two years ago -- has openly speculated whether he "would be welcome" in the city during the upcoming NCAA national basketball tournament semifinals.

"We might not be able to stop Pence from signing the bill, just like we weren't able to stop Republican lawmakers from passing it in the first place, but that doesn't mean we have to let the Statehouse tell our story," Smith wrote. "We can't afford to do that. The price is just too high. We are the city that stands to lose the most from this discriminatory nonsense masquerading as freedom. Those small towns in Indiana, they will feel it eventually, but Indianapolis is up first."