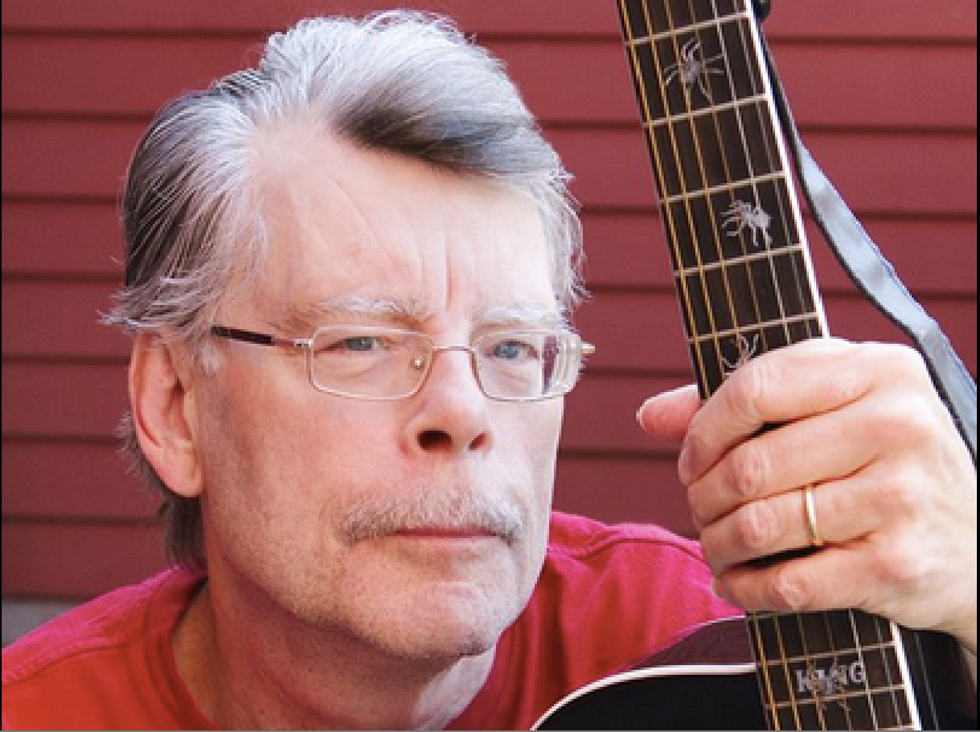 According to the blog Maine Progressives Warehouse, the author himself issued an angry response to the governor's accusations, forcing him to amend the speech and issue a correction.

In his address, the conservative governor lamented the heavy tax burden borne by Maine residents, saying that the high tax rate had driven away some of Maine's most famous citizens.

LePage said the state should do away with state income taxes altogether and urged voters to pressure lawmakers to do so.

"You can also call your legislator to tell them you support eliminating the income tax," said LePage. "Legislators are working on the budget now and they must hear from you."

"Meanwhile, remember who introduced the income tax here in Maine," he went on. "Well, today former Governor Ken Curtis lives in Florida where there is zero income tax. Stephen King and Roxanne Quimby have moved away, as well."

King responded in a statement that read, "Governor LePage is full of the stuff that makes the grass grow green. Tabby and I pay every cent of our Maine state income taxes, and are glad to do it. We feel, as Governor LePage apparently does not, that much is owed from those to whom much has been given. We see our taxes as a way of paying back the state that has given us so much. State taxes pay for state services. There’s just no way around it. Governor LePage needs to remember there ain’t no free lunch.”

Now, the governor and his staff are scrambling to correct the error. LePage's office has released an edited transcript and recording of the speech with a note reading, "Correction: Please see the attached revised version of this week’s message. Please use this audio file in future broadcasts. Thank you.”

LePage's own wife Ann LePage is a so-called "snowbird." In 2010, she was charged and fined for claiming primary residency in both Maine and at their home in Ormond Beach, Florida, making the couple eligible for tax breaks on both their homes.

Ann LePage was fined $1,400 by the state of Florida in back property taxes and state fines.