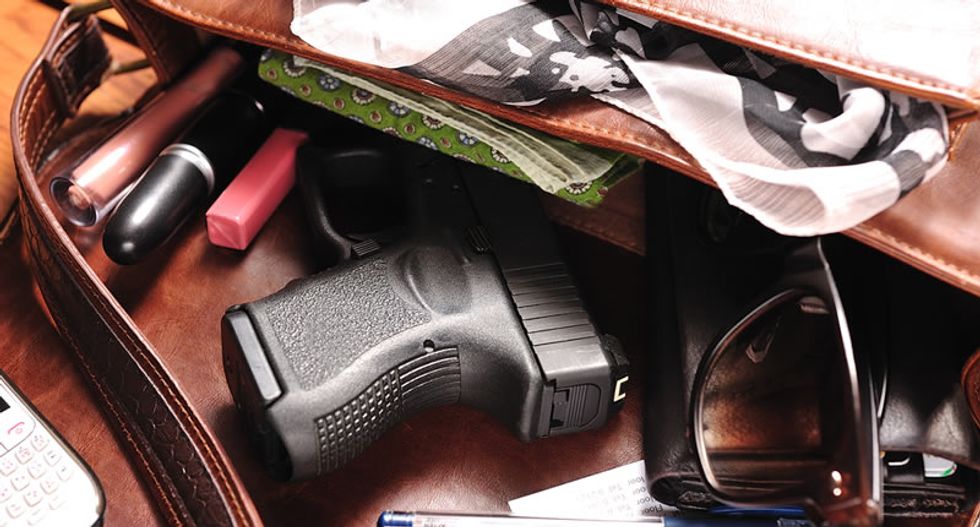 Gun in a purse (Shutterstock)

A 3-year-old boy died yesterday after having shot himself in the head in what police are deeming an accidental shooting, The Houston Chronicle reports.

Harris County Sheriff Deputies said that the shooting happened at approximately 12:30 p.m. on Friday. According to KHOU, the gun was in the boy's mother purse, which had been placed on a shelf.

The boy's mother was in another part of the house, but when she heard the gun go off, she rushed in and found her son with a gunshot wound to the neck and jaw.

The boy was airlifted to Memorial Hermann Hospital at the Texas Medical Center, where he later died.

Neighbor Richard Gilliam told the Chronicle that "it's just heart-wrenching," adding that the family were "good neighbors," even if they generally "kept to themselves."

Another neighbor, Sonora Storm, told KHOU that while the situation was awful, the fault for it belongs partly on the boy's mother.

"I'm thinking how horrible it is for a child that young to have access to a gun," she said. "You don't want to blame the parents, by any means, but if I had a 3-year-old child in the house, there wouldn't be a gun."

Detectives have yet to question the boy's mother, as she was at the hospital with her son and family.

They did say that they expect the case to be presented to a Harris County grand jury once the investigation is complete.

Watch a report on the shooting via KHOU below.