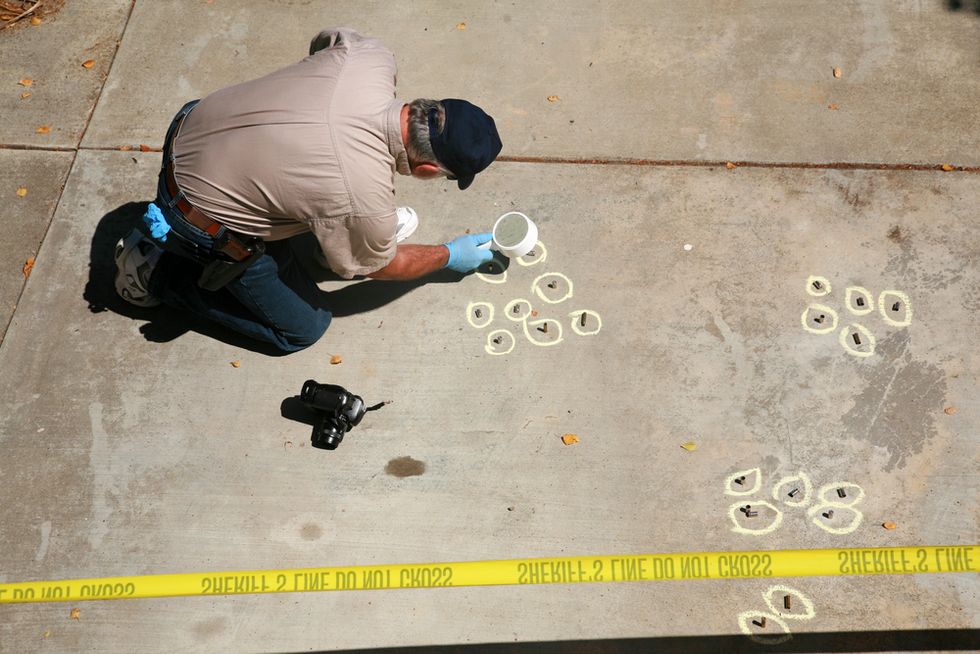 Three people were killed and four hurt during an apparent drive-by shooting at a corner store in northern California on Tuesday night, police said.

One person was killed at the scene and one died at a local hospital, Stockton Police Department spokesman Joe Silva said. The department said on its Twitter account that a third person died later.

The remaining victims were taken to area hospitals and were expected to survive, Silva said.

The department sent homicide and gang investigators to the scene, which was in an area known for gang activity, Silva said. Nobody was in custody, he said.

Police got a call about the shooting around 8:20 p.m. local time, Silva said. A local resident, Heather Payne, told the Stockton newspaper the Record she had put her daughter to sleep when she heard two spurts of gunfire.

"That's close to my daughter's bedroom, so I yanked her out of bed and put her in the bathtub to keep her safe," Payne told the Record.

A crowd of around 100 gathered near the scene after the shooting, the Record reported. Some pleaded with officers to tell them whether their family members had been shot.