Tom Cotton 'is a Neocon monstrosity out of central casting' 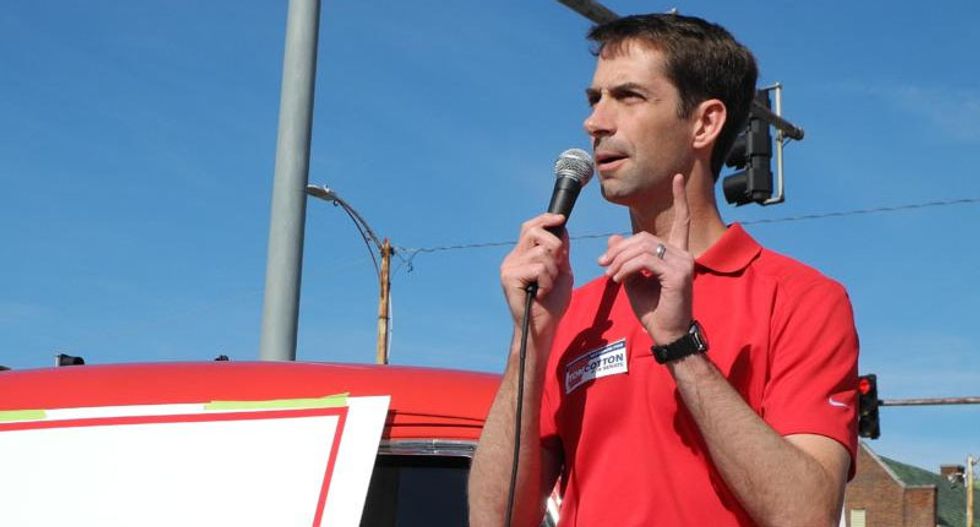 Republican congressman Tom Cotton, who is running for US Senate against incumbent Senator Mark Pryor in one of the most closely-watched political races of the year, addresses supporters on October 4, 2014 at a campaign stop in Fordyce, Arkansas. Photo by Michael Mathes for Agence France-Presse.

The concept of Congressional oversight has many virtues, but clarity and keen judgment aren't always among them. The latest example is the supercilious letter sent by 47 Republican senators to Iran, a shallow effort to derail the negotiation over its nuclear program that devolved into another partisan agitprop from the circular firing squad known as the…