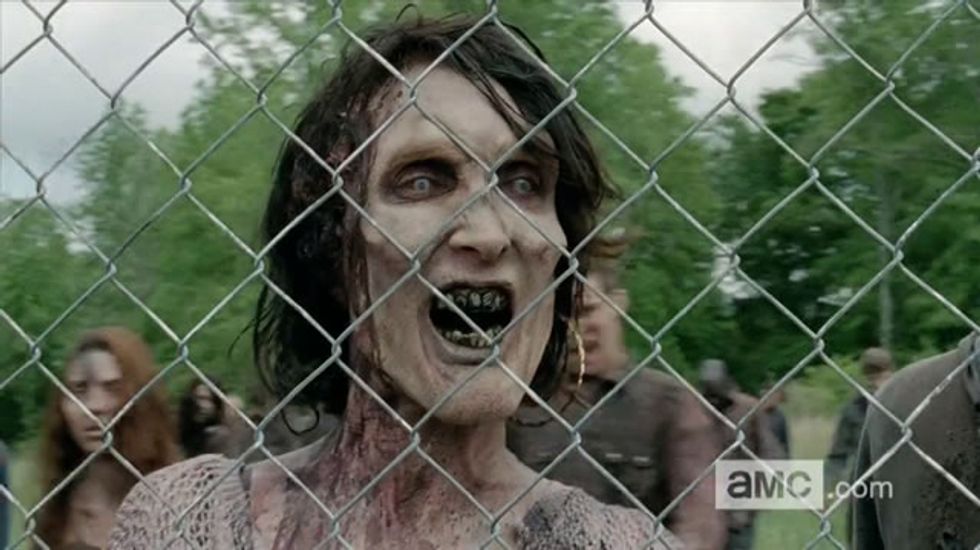 Robert Kirkman, the creator of The Walking Dead, makes no secret of his ambition to “fix comics”. Now, as Kirkman’s realm grows to cover TV and films, so too does that ambition.

From its roots as a creator-owned comic book series written by Kirkman and drawn by Terry Moore and later Charlie Adlard, the Walking Dead, which follows the lives of a ragtag bunch of survivors of a zombie apocalypse, has ballooned into a fully-fledged franchise. But the hugely successful TV adaptation, as well as board games, video games, an upcoming spin-off TV show and even licensed fabrics, have only been possible because of Kirkman’s rare approach to creator’s rights.

The author is vocal about his dislike for a business model which typically involves signing away most creations in exchange for a steady pay check, and has created Skybound Entertainment, a publisher working across comics, TV and gaming, as a way of countering that. In 2008, he argued that the way to “fix comics” would be for “top creators who want to do creator-owned work [to] band together and give it a shot. If you give people the option of Spider-Man or your creator-owned book… they’ll choose Spider-Man.”

Today, he’s still fighting that fight. “People come up to me and say ‘what if people want to do stuff at Marvel and DC?’,” he said onstage at SXSW in Austin, Texas, “but after a certain point it’s dumb to do that, because it’s not in your best interests.” If an author or artist creates a hit character for a major comics publisher, they can find it very hard indeed to get a share of that success.

In contrast, while creators like Kirkman, who through Skybound publishes his own comics, may struggle initially to find an audience, the payoff can be huge. Kirkman decries the “soulless corporate idea of ‘transmedia’” publishing, but argues that the the prospect for an “organic, almost accidental transmedia” should keep any creator’s eyes open to the possibilities their work can create.

He described the early days of the Walking Dead, when he made repeated decisions to turn down offers for the TV rights to the comic because keeping the income from his own lines of merchandise was more important. “They’ll give you $5000 for the rights, but then they’ll take years to decide if they want to do it.” If the show gets made, the payoff can be worth it, but in the meantime ability to license the comic can dry up. “The rights they take are more valuable… it got to a point where i was defending this thing with The Walking Dead that was very important to me, but by defending it it gave me the thing I have now.”

Now that Kirkman has experience in the world of Television, he says his ambition has grown. “Expanding what I said about comics to TV and movies, I’m not an expert, but I do think it’s ridiculous that you can create a TV show and not have an ownership stake in it. I think a long term goal is to reach the state where I can self-finance TV shows in the way that I self-finance and own comics.

“But even though that’s something that will never happen, I like to give myself something to work towards.”

As for whether or not he’s succeeded in his goal of fixing comics, he says that “my goal is to not be homeless, so in that respect I’ve succeeded. Anything after that is gravy.”

WASHINGTON (Reuters) -A proposal to create a 9/11-style commission to investigate the Jan. 6 U.S. Capitol attack by a mob of Donald Trump's supporters advanced in Congress on Tuesday even as one key Republican announced opposition and another suggested the former president could become a witness.