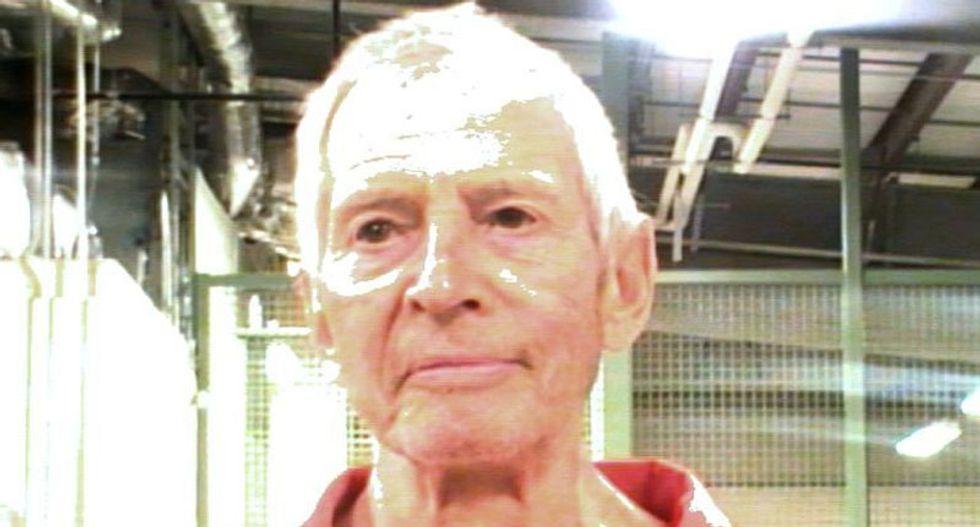 An eccentric US tycoon linked to two killings has been arrested in connection with a third murder, just a day before the airing of a television documentary in which he says that he "killed them all."

Robert Durst, the scion of a wealthy New York real estate family, was taken into custody on Saturday at a New Orleans hotel at the request of Los Angeles police investigating the 2000 killing of his friend Susan Berman, and was being held on a murder warrant, US media reports said.

The arrest came just one day before the HBO television network broadcast the final in a six-part documentary series about Durst called "The Jinx: The Life and Deaths of Robert Durst."

In that final episode, Durst, 71, is heard muttering to himself, "What the hell did I do? Killed them all, of course," apparently unaware that a wireless microphone remained switched on while he used the bathroom.

It was a sensational development in Durst's case, which has been widely followed in the United States.

Durst was wanted over the 2000 unsolved killing of Berman, a daughter of a Las Vegas mobster who was shot dead execution-style in the back of the head in Los Angeles a day before police were to question her over the disappearance of Durst's wife.

Durst had long been under suspicion over his wife's death in 1982, but has denied any involvement.

The wealthy real estate mogul was also charged in 2003 in the murder and dismemberment of his 71-year-old neighbor in Texas two years earlier, but was found not guilty after a trial in which he claimed self-defense.

The Los Angeles Times said authorities did not comment on what led them to accuse Durst now. But a source told the newspaper that the documentary had played a role.

FBI agents believe Durst may have been planning to flee the United States because he registered under an alias at the hotel where he was arrested, paid with cash and was found with fake documents, a source told ABC News.

The Post said it was not clear whether Lewis knew about Durst's recorded remarks in the bathroom, or if these would be admissible in court.