What a masculinity conference taught me about the state of men 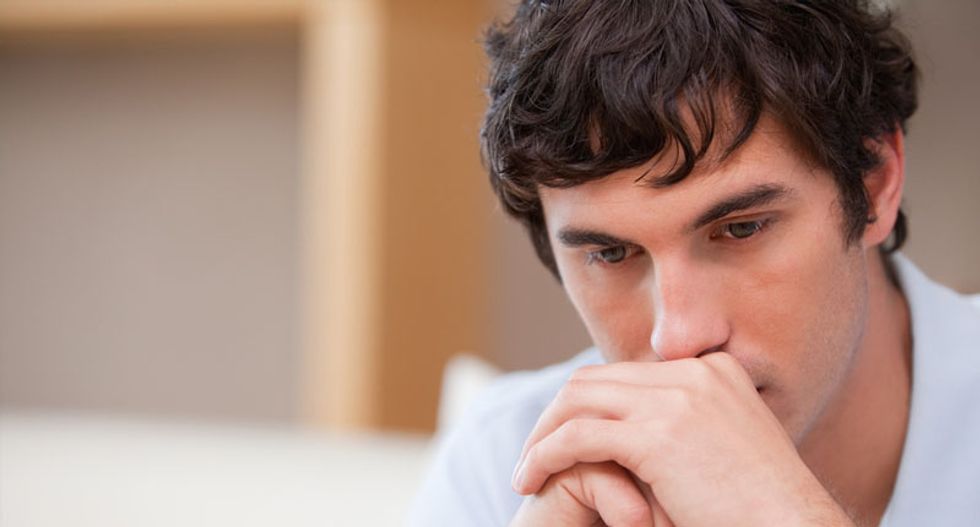 John Bailey and Brenna Harvey, graduate students at Rutgers University in New Jersey, are showing a group – an even mix of men and women, mostly in their 30s, mostly graduate students studying gender – the fruits of their research into bronies: men who like My Little Pony. They have been studying a particularly extreme subset of bronies, they explain. Men who fetishise the ponies. The pair bring up a screengrab. One brony has posted a picture of a My Little Pony wearing sunglasses and drinking lemonade by a pool. In the comments beneath, the poster has made the fatal mistake, at least within this community, of admitting that he lost his “wizard eligibility 26 years ago” – has had sex with a person – and that he does not “clop” – that is, masturbate – to the images. Another brony had responded immediately: “Go be normal somewhere else, faggot.”

It is the second day of the International Conference on Masculinities, an annual meeting of the best and the brightest in the field of masculinity research. This year the conference is being held in New York City, at the Roosevelt hotel in Manhattan. The conference is hosted by the Center for the Study of Men and Masculinities at Stony Brook University, in conjunction with three other organisations which are also broadly working to improve gender equality by researching, or engaging, men. Hundreds of academics and activists will attend sessions over four days. Facebook chief operating officer and feminist Sheryl Sandberg, fresh from launching her #leanintogether campaign for gender equality , is among the speakers, and author Naomi Wolf is chairing a session.

It turns out that stories like those of Bailey and Harvey – about repressive masculinity manifesting itself in the most unlikely of situations – are quite common. Even in a group of “self-described nerds” who meet up to fight each other with foam swords, there are parallels to the ways women are held back in more mainstream society. But the conference will offer some hope for men, too. In one presentation, attendees learn that shed ownership is proving a real boon to gender equality in Ireland. In another, we learn that some men in the US are showing real progress in “friendship labs” – designed to teach men how to be friends with one another.

Bailey and Harvey had found that there was a community on the image-based bulletin board 4chan of men who like My Little Pony. Within this community, having sex with a real person, in real life, is seen as a negative – and not “clopping” is a form of heresy. What was happening here was an example of “normal” hegemonic masculinity in action, Bailey and Harvey said.

The term “hegemonic masculinity” is used a lot here. It is the theory of how men manage to assume and retain dominant positions in society, at the expense of women. Being a hegemonic male means being powerful, dominant, stoic, successful, like the actors Arnold Schwarzenegger or Jason Statham. It is about not being weird or different. Men strive to attain this ideal, and as they do so, women are held back.

Bailey and Harvey found that even men who fancy My Little Pony cartoon characters are likely to scrap with each other using similar terms and putdowns to “normal” men, even to the point of using the same terminology, such as “faggot”, to police their environment.

After the talk, Bailey tells me that one of the main takeaways from the pair’s research is that it adds to the understanding of how and why even young men can “reject feminism so aggressively and so vehemently”.

“Men have a hard time buying the notion that there is a patriarchy, that there is male privilege,” he says. “The feminist talking points don’t make any sense to them. I think it’s something that the feminist movement and feminist allies need to be cognisant of and aware of and find a way to talk past that.”

One of the people in the feminist movement who is attempting to talk past that resistance is Sandberg. I collared her before the conference’s official opening gala. She has managed to get some of the most popular sportsmen in the US – basketball player LeBron James, for one – to back her Lean In campaign, which combines an element of educating men about the plight of women, with a carrot-and-stick approach to encouraging them to improve it.

“We have to help men see that equality is not just the right thing to do, but actually beneficial for them,” Sandberg said. “Men who lean in at work and support women do better.” According to Sandberg, it’s the same in the home. One of the most notable parts of her campaign is its introduction of the word “choreplay” – introducing men to the idea that those of them who share the housework and childcare with their partners get more sex than those who do not.

Using sex as a tool for gender equality feels like a distant proposition the next day, as I listen in on a presentation entitled “Epic glory and manhood acts in fantasy role playing: Dagorhir as a case study.” Dagorhir is a battle recreation game. “Think Tolkien, Game of Thrones ,” says speaker James Martin, a sociology graduate student at the Indiana University of Pennsylvania, and there is a photograph on an overhead projector of a singularly unthreatening looking battle troop. They are standing in a field, carrying foam shields and spears, and swords.

Martin has spent the past year researching one group of Dagorhir enthusiasts at the Indiana University of Pennsylvania. He wanted to find out if, like Bailey and Harvey’s clopping bronies, they acted differently from other men. “Because I’m a nerd, I was able to get more unique conversations,” Martin says of his subjects.

Martin found out that the Dagorhir group conformed to masculine norms in several ways. One of the most significant, heartbreakingly, was in how they dealt with what seems to have been a near-constant barrage of insults from non-Dagorhir playing hecklers. The group would cope by ignoring the insults, pretending they were unhurt by them, pushing their feelings down deep inside. They were showing stoicism, refusing to show anxiety: hallmarks of hegemonic masculinity.

One of the recurring themes of the conference is the sense that men are not doing too well for themselves. As hard as these men might try to escape a “traditional”, boys-don’t-cry, tough-guy version of masculinity – by becoming obsessed with My Little Pony or calling themselves “nerds” and running around a field in fancy dress – they are always influenced by it.

This is reinforced a couple of hours later when I attend a talk called “Breaking the male code: how close male friendships can change men’s lives”. I am expecting to hear examples of great male friendships and the benefits of this, like the US illusionists and entertainers Penn and Teller, or Batman and Robin. Instead, Robert Garfield, a psychiatrist, therapist and psychiatry lecturer at the University of Pennsylvania, tells us that men in the modern age are lonely. They want to speak to their male friends about their feelings, but they do not. It’s that idea of the stoic male again. “Emotional intimacy skills are not God-given, they are not in the nature of men,” Garfield says. He has just written a book called Breaking the Male Code and he shows us a slide from his research, which states that more than 60% of men want greater emotional closeness in their male friendships. In his friendship labs, Garfield teaches men how to be friendly with one another. Attendees use a “feelings wheel” to identify how they are feeling. They come to his sessions once a week, Garfield says. The hardest part is when they try to apply what they have learned when they are hanging out with their unsuspecting buddies.

At a talk called “Engaging men and boys for gender equality,” I had expected a lot of activist-type rhetoric about getting men to sign up for emails, or turn up at marches, or wear badges. But much of the discussion I heard was about identifying what was wrong with men, and working to fix it.

I learned that it’s quite hard being a man. Presumably most men don’t want to conform to a state of being an arsehole, but often we still do. Men lose out in our patriarchal society, too, it seems, doomed to repeat a set of male behaviours they didn’t even know existed. And perhaps it is only when we men better understand ourselves that we can really be happy: whether that’s in dressing up and fighting each other with foam swords, clopping away to My Little Pony characters, or just hanging around with the guys, trying to explain to them what you’ve learned from the feelings wheel.