'What have you actually accomplished?': Megyn Kelly pushes Ted Cruz on his record 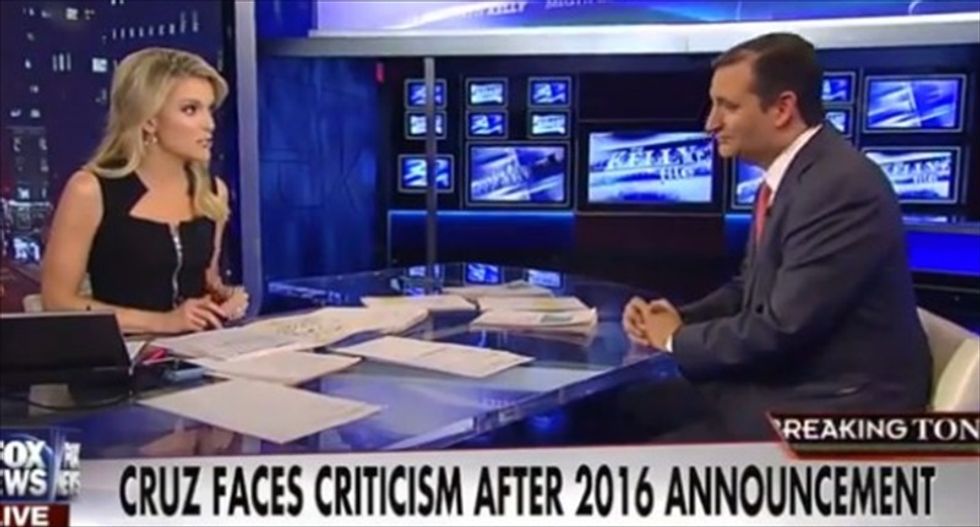 "On your time in the Senate -- this is what some of your critics point to -- they say, yes you led the fight on certain issues, but what have you actually accomplished?" Kelly asked.

"What we've accomplished over and over again, in many instances, is stopping bad things from happening," Cruz responded.

Cruz then took credit for leading the opposition to bills he said targeted law-abiding citizens following the Sandy Hook Elementary mass shooting in 2012.

"Much of Washington was consigned, [saying] 'We can't stop this, the train is moving, get on board,'" he told Kelly. "I did everything I could to energize and mobilize the grassroots to stand up and protect the Second Amendment. And every single proposal of Barack Obama to undermine the Second Amendment was voted down on the Senate floor."

Cruz responded by saying that, while Democrats "basically shut the Senate down," he had more bills pass the Senate than "all but a handful" of his fellow GOP members.

Cruz's record indicates that, out of 225 bills he has introduced, 53 have passed the Senate. However, only 5 passed in both the Senate and the House, while only 3 have been signed into law.

Later, Cruz said he had proven in Texas that he could reassemble what he called "the Reagan coalition."

"We brought together conservatives and libertarians and evangelicals and women and young people and Hispanics and Reagan Democrats," he said.

"All those people are now being told that you're 'scary,' 'dangerous,' and 'slimy,'" Kelly replied. "This is what you're up against."

Cruz did not mention, however, that a poll taken by his own staff showed him gaining less support among Latino respondents than his opponent, Democrat Paul Sadler. Sadler outscored Cruz in that demographic by 20 percentage points, even though Cruz won over 56.5 percent of the overall electorate.

Watch the interview, as aired by Fox News on Tuesday, below.