Why it is time to shut down poisonous US college fraternities 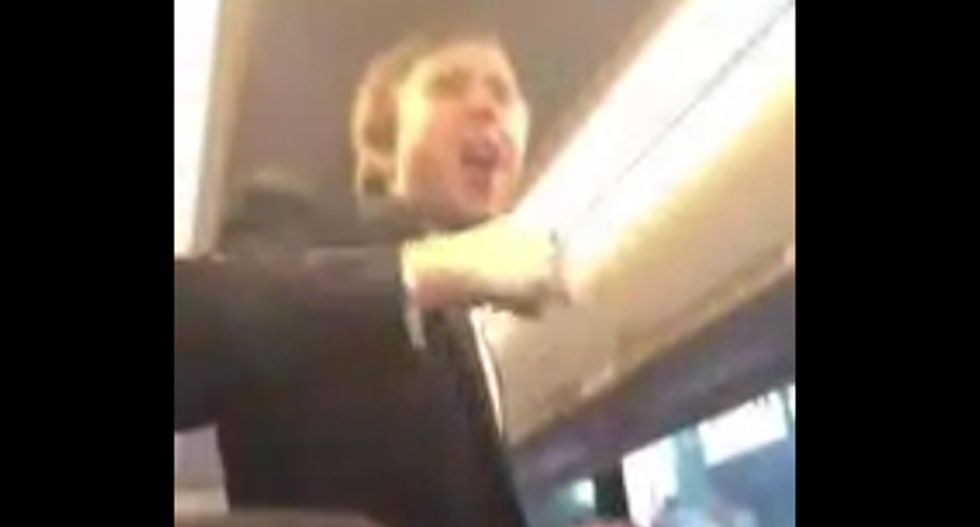 The University of Oklahoma announced this week that it has severed all ties and affiliations with the Sigma Alpha Epsilon (SAE) fraternity, after a video surfaced of frat members singing a racist chant . The video, which was released on Twitter by a campus black student alliance, shows SAE brothers on a bus, using the N-word and chanting, “You can hang him from a tree, but he can never sign with me.”

Odd, since fraternities, we’re told any time anyone lodges a criticism, are nothing but social clubs, public service organisations, leadership programmes. They are, supposedly, a net gain for society. But whose society? Whose gain?

When I started college, at a small school in southern California, I had a real chip on my shoulder about the Greek system. (The “Greek system” is the catch-all term for the network of fraternal social organisations at American undergraduate colleges and universities – basically, institutional friend groups that you audition to join based on your social capital.) “Nice try, SHEEP,” I’d scoff, “but I know how to make my own friends. I don’t need to pay dues to some club to tell me who to hang out with.” I wasn’t a conformist. I wasn’t shallow. I wasn’t insecure. I wasn’t a jock or a mean girl or a young businessman or one of those impossible gazelles loping across the quad together in matching miniature shorts. I was better than that.

The reality, of course, was that I was obscenely insecure, desperately lonely, I looked terrible in shorts, and, had I attempted it, my odds of being accepted into any of my college’s sororities were about as high as my being accepted into a herd of actual gazelles. My high-minded scorn was little more than juvenile defensiveness. Over the course of my four years there, I gradually managed to own and soothe my fat-kid bitterness, made several dear friends who loved their time in the Greek system, and my knee-jerk animus toward sorority sisters and fraternity brothers cooled almost completely. These were just kids looking for a place, like me – albeit kids privileged enough to have access to a support system that I did not.

And, at least on an individual level, that’s fair. I really do know many, many lovely Greek system alumni who don’t fit the stereotypes that so disgusted my 18-year-old self, and some of those people have gone on to do magnificent public works. But, when you’re talking individuals, there are always exceptions – often massive, compelling ones. What I’ve discovered in the intervening decade is that I disdained the Greek system for entirely the wrong reasons.

At the time, I was largely fixated on frats’ and sororities’ roles in perpetuating damaging cultural hierarchies – oppressive standards of conventional attractiveness, wealth- and class-based social systems – issues that affected me personally on a daily basis. I was less aware of broader, more structural concerns: fraternities’ overarching societal role as engines of racism, entitlement, sexual assault, the transactionalisation of sexuality, hazing , deadly drinking habits, and – most importantly – the concentration and defence of white male power.

If you want to get a far more comprehensive understanding of the perils of American fraternity culture than I have space for, read Caitlin Flanagan’s stunning account in the Atlantic (which opens with the ghastly tale of a young man at a frat house exploding his rectum with a bottle rocket). Flanagan writes:

“College fraternities – by which term of art I refer to the formerly all-white, now nominally integrated men’s ‘general’ or ‘social’ fraternities, and not the several other types of fraternities on American campuses (religious, ethnic, academic) – are as old, almost, as the republic. In a sense, they are older: they emanated in part from the Freemasons, of which George Washington himself was a member ... While the system has produced its share of poets, aesthetes and Henry James scholars, it is far more famous for its success in the powerhouse fraternity fields of business, law and politics. An astonishing number of CEOs of Fortune 500 companies, congressmen and male senators, and American presidents have belonged to fraternities.”

I’m sure there are fraternities doing stellar volunteer work right this second (though you can build a volunteer organisation without being all male or all white), and I’m sure there are thousands of shy kids grateful for the friends they made in the Greek system (though if it were really a safety net for social outcasts it would be full of social outcasts), and it’s indisputable that frat-house halls have fostered some tremendous leaders. But what Greek life is really about, at its heart, is networking with alumni – specifically after graduation, when students enter the job market.

Because of the extant structure of our society – in which men hold the vast majority of the seats of power in nearly every sphere (politics, business, media, etc) – fraternities will, by the numbers, always have access to higher and wider connections than sororities. When schools sanction exclusionary, gender-segregated clubs, they are directly facilitating shrouded transfers of male power. They perpetuate the illusion of a meritocracy while directly undermining any chance of one.

To put it bluntly, this is a bunch of white dudes funnelling powerful, high-paying jobs to a pool of younger white dudes who have been pre-sorted by wealth, family connections, and, to a lesser extent, physical conformity. It is a boys’ club in the most literal possible sense. While it’s true that “frat boy” has negative connotations, that stigma falls away instantly once you’re out of school. Then you’re just a businessman. A CEO. Eventually, maybe, the president.

The racist chant that Oklahoma’s SAE brothers shared behind closed doors is a perfect distillation of everything that’s wrong with this system. It lies at the heart of America’s racial unrest and deadly inequalities. It says: “No matter what we say in public, you will never really be allowed in the club.”