‘X-Files’ stars talk about bisexuality, show’s upcoming revival and how Mulder is ‘worst FBI agent of all time’ 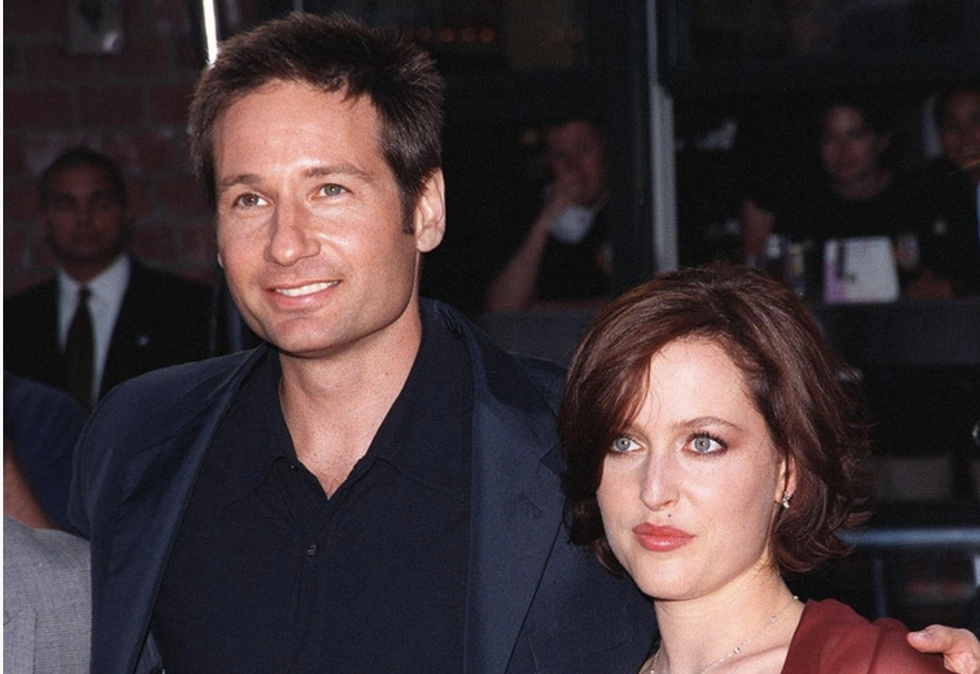 Gillian Anderson and David Duchovny have been making headlines ahead of the Fox Network's decision to revive The X-Files for a six-episode mini-season this year. The two stars from the classic series have talked to interviewers about the new episodes, about Anderson's feminism and bisexuality and how Duchovny believes that Agent Fox Mulder is "the worst FBI agent of all time."

On Saturday, the Hollywood Reporter quoted Duchovny about some of his hopes and expectations for the new version of the show, which ran for nine seasons and spawned two feature films.

Duchovny -- who played the lead in the Showtime series Californication -- said that both he and Anderson have grown as actors since the X-Files.

He went on to say that the show's writers and producers are hoping to make the new episodes work both as a stand-alone series for newcomers and as a continuation of the original program for returning fans.

"They were always kind of juggling about what people needed to know, especially when we made the movies. Can we get somebody in who’s never seen this? And I’m sure we’ll have to juggle that again with this iteration of it," he said.

Anderson -- who is currently playing opposite 50 Shades of Grey star Jamie Dornan in the BBC series The Fall -- told the Telegraph that she is excited about her life and career, but that she's looking for a romantic partner.

“I’m so lucky to have such great work. I’ve got a fantastic life, I have a wonderful relationship with my kids, and there’s nothing lacking, but I’m leaning towards the idea that it’s time for somebody to be brave enough to ask me out,” Anderson said.

When asked if she would consider a relationship with a woman, she said, "I wouldn’t discount it. I did it before and I’m not closed to that idea. To me a relationship is about loving another human being; their gender is irrelevant.”

Duchovny, for his part, told the New York Times that he's not impressed with his character's track record for solving crimes.

"The interesting thing about Mulder is nominally he is law enforcement but he never solved one case in nine years," said the actor. "So he’s the worst FBI agent of all time. As FBI agents, I would say we were not by the book. Especially Mulder."

Will Agents Mulder and Scully solve the crimes presented to them in the new episodes, asked the Times.

"I don’t know," Duchovny replied. "I hope not. That would really change the show."

Duffy made the remarks during a debate with Democratic strategist Richard Goodstein about the sexual misconduct allegations against Gov. Andrew Cuomo (D).