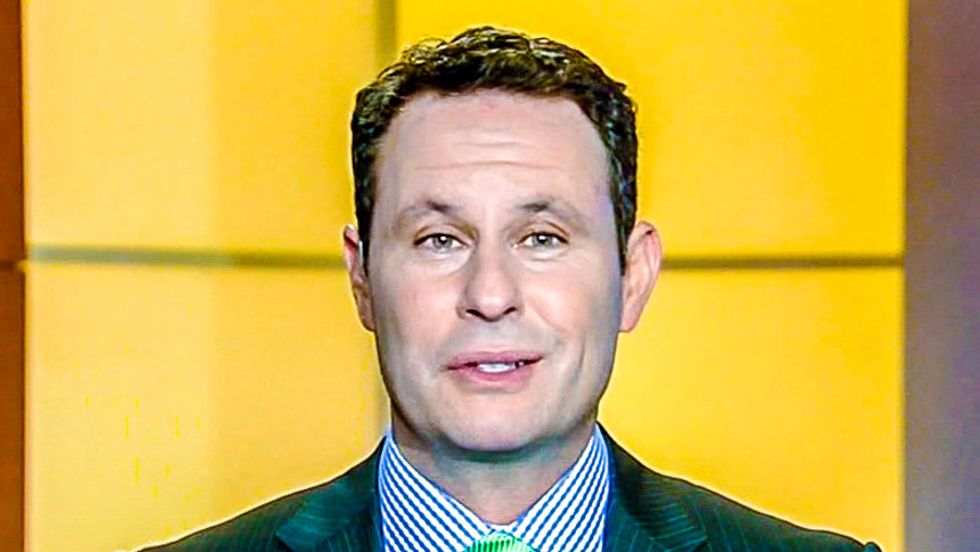 The hosts of The Young Turks slammed Fox News' Brian Kilmeade on Thursday for blaming protesters in Ferguson, Missouri for the shooting of two police officers earlier that morning.

As Reuters reported, the two officers were shot during a demonstration following the resignation of Police Chief Tom Jackson.

Activists have argued that the city's police department should be disbanded in order to help rebuild trust between local officials and the community.

While no arrests have been made in connection with the shooting, Kilmeade and his Fox & Friends co-hosts did not challenge St. Louis Police Officers Association head Jeff Roorda when he accused protesters of being involved.

"Why are you rallying at midnight outside a police station about something that happened that you should be happy about?" Kilmeade demanded. "The Justice Department just ruled in a way which, I imagine, was right up your alley. What else do you want?"

Host Cenk Uygur pointed out that Kilmeade did not question the accuracy of the federal probe detailing police tactics specifically targeting Ferguson's black community for traffic stops and arrests in order to boost the city's revenue.

But instead of blaming police for bad police work, Uygur said, Kilmeade and colleague Andrea Tantaros were blaming Attorney General Eric Holder for bringing the truth to light.

"If we were to follow that logic one step further, Fox News obviously should never tell anyone anything bad that President [Barack] Obama's done," he argued. "Because then you are encouraging people to take action against the president and the government of the United States. God knows what could happen."

Watch their commentary, as posted online on Thursday, below.