How California's lynching law is being used against activists 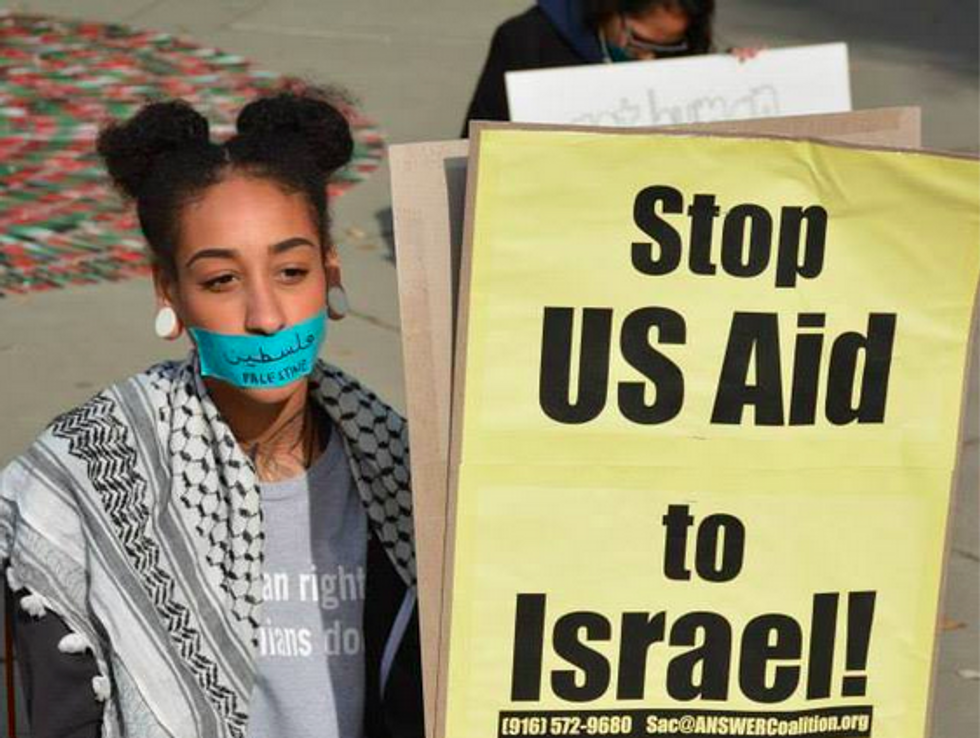 An old California law intended to protect black suspects from white vigilante mobs is now being used to quash dissent, according to the attorney of a "Black Lives Matter" activist.

Maile Hampton, a 20-year-old biracial activist, was arrested in February and charged with felony lynching after scuffling with police during a protest in Sacramento.

On January 18, activists with the ANSWER Coalition tried entering a rally at the California state Capitol supporting law enforcement.

"There's a pro-cop rally that's happening over there and we're here to counter rally it," said Hampton. "This rally has been formed without any of the victims of police brutality that have been brutally murdered."

Police and protesters clashed. Video of the incident shows a Sacramento police officer pulling a protester into the street to detain him. But Hampton and other protesters grab the man away from the officer, and pull him back towards the sidewalk.

Five weeks later, police arrived at Hampton's home and took her into custody on charges of lynching and resisting arrest. Her bail was set at $100,000, but later dropped to no bail.

Under California law, "lynching" does not mean hanging. The California penal code defines lynching as "the taking by means of a riot of any person from the lawful custody of any peace officer" -- a crime punishable by up to four years in prison.

"It’s ironic that this code section was designed and passed to protect, primarily, African Americans from vigilante justice," Hampton’s attorney Linda Parisi told the Sacramento Bee in March. "But that's not how it’s being used."

The charges against Hampton prompted Sacramento Mayor Kevin Johnson and state lawmakers to seek to have the word "lynching" removed from the California penal code.

"I was shocked to learn that in California, removing someone from police custody is defined as 'lynching,'" Johnson said. "This word has a long and painful history in our nation and it needed to be immediately removed from California law."

But Parisi told the Sacramento Bee this week that removing the word doesn't fix the underlying problem with the law, which was enacted in 1933. The law has been used to prosecute people outside of its original intent, she said.

"Charging peaceful protesters with lynching is a sheer mockery of the true meaning and history of lynching in the United States," Pouyan Bokae, who was arrested in Murrieta, told the Desert Sun. "The right to freedom of speech and expression is an essential part of the American notion of liberty."

In 2005, Gabriel Meyers was charged with rioting, resisting arrest and attempted lynching after calling for help and trying to escape police custody during an anti-G8 protest in San Francisco -- he was accused of "lynching" himself.

"If someone says 'help,' then there's a question of how the statute on its face applies," Linda Lye, an American Civil Liberties Union lawyer, told East Bay Express. "I just literally don't understand why crying out is taking someone from custody."

Lye said it was troubling that authorities were using this "curiously named statute" -- but what was even more troubling is that police might be targeting protesters "for their First Amendment activity."