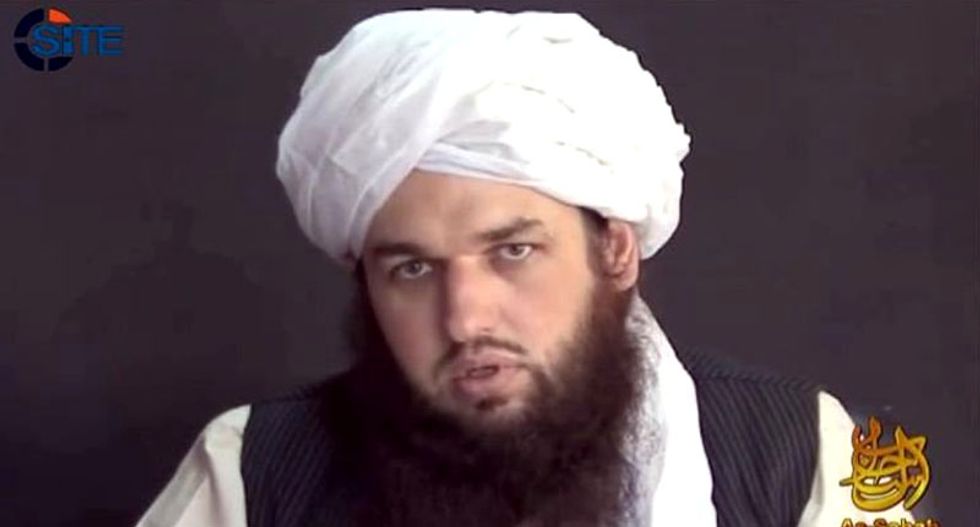 Adam Gadahn, the Al-Qaeda spokesman believed killed in a US operation, was a teenage rock music fan who grew up on a Californian goat farm before he was drawn into radical Islam.

The White House announced Thursday that US intelligence thinks Gadahn died in January in a "counterterrorism operation" in the Afghanistan-Pakistan border region.

The 36-year-old was apparently not deliberately targeted in the raid, but he has long been one of the most wanted jihadist figures on the US hit list, with a $1 million bounty on his head.

As an English speaker and senior Al-Qaeda propagandist, he was one of the most high-profile figures in the global jihadist movement and a regular online presence, taunting his homeland and inciting attacks.

After the death of Al-Qaeda leader Osama bin Laden in May 2011, he played a leading role in the movement's shift in focus to an effort to inspire "lone wolf" radicals to mount spontaneous attacks in the West.

In a two-part, 100-minute video released after Bin Laden's death, he said Muslims living in the West are "perfectly placed to play an important and decisive part in the jihad against the Zionists and Crusaders."

And in 2012, he marked the anniversary of the September 11 attacks by warning fellow American Muslims that their own government was plotting a "holocaust" against them.

But there was nothing in his own life before he converted to Islam at age 17 to suggest he would become the first American to face treason charges in 50 years.

Gadahn began life as Adam Pearlman. His father Phil was a 1960s rock musician and the son of a prominent Jewish doctor.

Phil converted to Christianity, changed the family's name to Gadahn and moved it to an isolated rural goat farm.

Adam was home-schooled until the age of 15, when he moved in with his grandparents in Santa Ana, California.

Relatives describe him as an ordinary teenager who developed a fondness for death metal music and grew his hair long.

"He was listening to hard rock music. He gave that up when he got religious."

At 17, Gadahn posted a statement on a University of Southern California website declaring he had converted to Islam and rejecting "demonic" heavy metal music.

"I discovered the beliefs and practices of this religion fit my personal theology and intellect as well as basic human logic," he wrote.

His conversion came after he began attending the Islamic Center of Orange County, where he is alleged to have come under the influence of foreign-born radicals.

But he found little in common with most of his new co-religionists at the center, whom he found too moderate, and was reportedly arrested after attacking an employee.

Gadahn is believed to have left California in 1998, heading for the Pakistani city of Karachi.

He made no contact with his relatives for several years, but reportedly contacted his parents in the months after the September 11, 2001 attacks and told them he had married an Afghan refugee.

In May 2004, then-US attorney general John Ashcroft and FBI director Robert Mueller named Gadahn as one of seven Al-Qaeda members they said were planning terrorist actions for later that year. No attacks ever materialized.

In October 2004, US television broadcast excerpts from a 75-minute videotape of a man with his face covered who identified himself as "Azzam the American" and threatened terror attacks in the United States.

"Allah willing, the streets of America will run red with blood, matching drop for drop the blood of America's victims," 'Azzam' -- later identified as Gadahn -- said on the video.

A year later, a video released around the fourth anniversary of the 9/11 attacks showed a man believed to be Gadahn warning of more attacks in Los Angeles and Australia.

In 2006, Gadahn began appearing in videos that featured then Al-Qaeda second-in-command Ayman Al-Zawahiri, and for the first time spoke without covering his face.

Since then, he has appeared in a number of propaganda messages released through the terror group's media arm As-Sahab.

In March 2010, Gadahn urged US Muslims to follow the example of Nidal Hasan, a US Army psychiatrist who opened fire at Texas's Fort Hood military base on November 5, 2009, killing 13 people.

"Brother Nidal Hasan has shown us what one righteous Muslim with an assault rifle can do for his religion and brothers in faith and has reminded us of how much pride and joy a single act of resistance and courage can instill in the hearts of Muslims everywhere," he said.

In 2006, the Justice Department announced that Gadahn had been indicted for treason by a grand jury -- the first US citizen since World War II to face the charge.