Arizona birther sheriff lashes out at 'senile' Justice Ginsburg: 'She does not like our Constitution' 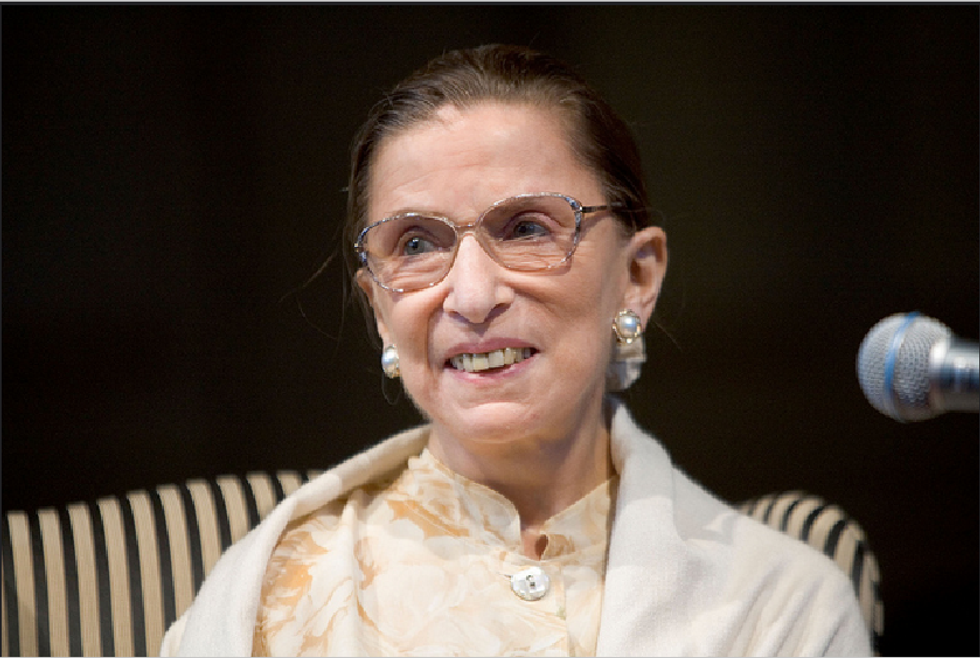 "I think this Supreme Court is bought and paid for," Mack ranted. "I think they're just political hacks, most of them, and they will not use moral agency or tradition or biblical principle. They're just going to do what they’re there for."

Mack also parroted the conservative talking point calling for the high court's female justices -- in this case, Kagan and Sonia Sotomayor -- to recuse themselves from Obergefell v. Hodges, which addresses same-sex marriage. Earlier this week, Republican lawmakers in Louisiana pushed a non-binding resolution through arguing that Kagan and Ginsburg do so because in their view, they could not be objective about the issue.

He predicted that the court would rule 5-4 to make marriage equality legal around the country and called for state governments to ignore that decision.

"The states are going to have to even more so recuse themselves from the federal government and from the Supreme Court ruling," he said. "And it's going to take some guts."

Mack has argued that Obama's birth certificate was forged, making him ineligible to be president. He also said late last year that Texas Tea Party Sen. Ted Cruz is also ineligible because he was born in Canada. The former sheriff also drew attention last year for suggesting that women should be positioned to be "the first ones shot" if supporters of anti-government rancher Cliven Bundy got into a firefight with federal authorities.

Listen to Mack's remarks about Ginsburg, as posted by Right Wing Watch on Thursday, below.