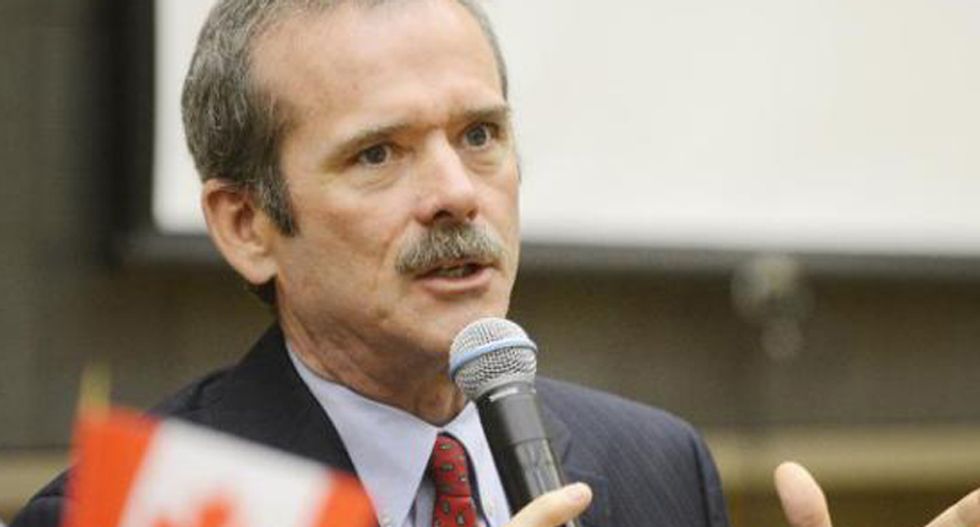 Canadian astronaut Chris Hadfield, seen in Star City, outside Moscow, on June 7, 2013, is taking music to intergalactic heights with the first album written and recorded in space (AFP)

Astronaut Chris Hadfield is taking music to intergalactic heights with the first album written and recorded in space.

The debut album by the Canadian, 55, who skyrocketed to stardom in 2013 with his take of David Bowie's "Space oddity," will be launched in the fall.

"Space album! Happy to announce that we will release a full album's worth of music written and recorded in space in fall 2015 with Warner Music Canada. Exciting!" he wrote on Facebook Tuesday.

Hadfield, who retired as an astronaut in June 2013, had an acoustic guitar and a laptop during his stay aboard the International Space Station (ISS) from December 2012 to May 2013.

"The guitar and vocal tracks were recorded in space -- a human first," Warner Music said in a statement.

"The album's fall 2015 launch underscores the importance that music has always had to Col. Hadfield wherever he is, whether in space or at home on Earth."

Hadfield's cover video of "Space Oddity," made in zero gravity during the five-month mission to the ISS, was an Internet sensation and has racked up more than 25 million views on YouTube: