Bill Maher: If the GOP had Obama's record 'they'd be riding it like a fuc*in’ wild bronco' into 2016 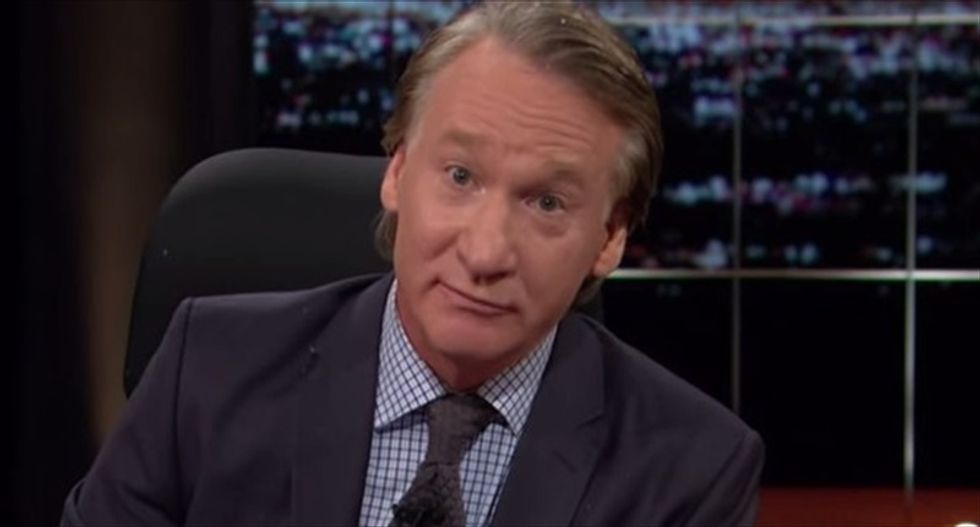 Real Time host Bill Maher said President Barack Obama should be a "better bragger" heading into the end of his time in office, while slamming Republicans for not having a record of their own to run on in the 2016 election in an interview released by Playboy magazine on Tuesday.

"He needs to start acting like he won the last election instead of lost it," Maher said of the president. "If the Republicans had his record, they'd be riding it like a fuc*in' wild bronco into the 2016 election. Their attitude would be, 'Why even have an election? We've tripled the stock market, unemployment is below six percent, 10 million more people have health insurance, the auto industry is back on its feet. Oh, and he averted a depression.'"

Maher donated $1 million to Obama's re-election campaign in 2012, an offer he repeated to Sen. Elizabeth Warren (D-MA) during his show last week.

After she refused to take him up on it, Maher seemed to accept that former Secretary of State Hillary Clinton was the favorite for the Democratic Party's nomination, while wishing Warren or Sen. Bernie Sanders (I-VT). However, he also questioned what the GOP would use as a platform, since he felt they could not lean on unemployment.

"I suspect we'll see the batsh*t campaign tactics we saw with the last few Bush runs: John McCain had a black baby; Willie Horton came out of nowhere; John Kerry went somehow from a war hero to a despicable coward in that insane turnaround. It's going to be some made-up issue the Republicans will harp on," he argued. "Remember Jeb Bush's father running in 1988? We had these rumors about Kitty Dukakis burning the American flag and all that shit about Michael Dukakis not cleaning up Boston Harbor. If things are still going well, we'll have some picture of Hillary scratching her a*s at Mount Rushmore in 1975. That's all the Republicans can run on at this point.

He also doubled down on his prediction that Wisconsin Gov. Scott Walker (R) would end up winning the Republican nomination.

"He's a folk hero with the people from the Tea lagoon and with the establishment wing," Maher said of Walker. "His father was an evangelical preacher -- a huge plus with the snake handlers and flat-Earthers who make up the base. And he won three times, including a recall, in a blue state, and he faced down public unions. The one problem is he didn’t graduate from college -- oh wait, that's a plus too, because book learnin' is, you know, suspicious."