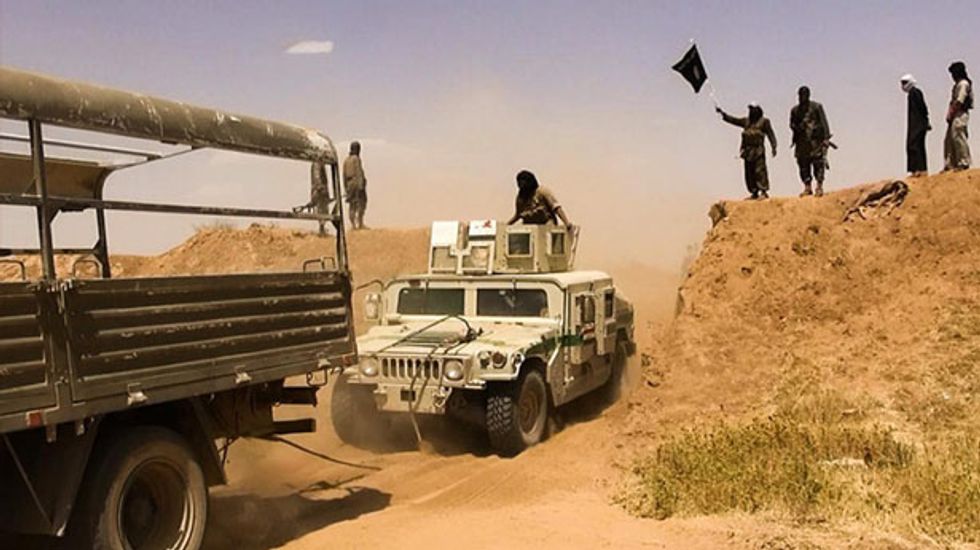 An ex-intelligence officer under the late Iraqi dictator Saddam Hussein was "the strategic head" behind the Islamic State group and drew up the blueprints for the jihadists' capture of northern Syria, German weekly Der Spiegel reported Sunday.

Former colonel Samir Abd Muhammad al-Khlifawi, who was better known as Haji Bakr and was killed by Syrian rebels in January 2014, "had been secretly pulling the strings at IS for years", according to the magazine.

The weekly said it had been given exclusive access to 31 documents by Bakr, including handwritten lists and charts, after lengthy negotiations with a rebel group in Aleppo, northern Syria, which came in possession of the pages after IS fled the area.

The trove "was nothing less than a blueprint for a takeover", according to Spiegel, detailing the creation of a caliphate in northern Syria, complete with meticulous instructions for espionage activities, murder and kidnapping.

The magazine said Bakr was "bitter and unemployed" after the American decision to dissolve the Iraqi army in 2003. Between 2006 and 2008 he was held in the US military's Camp Bucca and Abu Ghraib prison.

In the years that followed his influence grew in jihadist circles, Spiegel reported, and in 2010 Bakr and a group of other former Iraqi intelligence officers placed cleric Abu Bakr al-Baghdadi at the head of the Islamic State group.

The move was reportedly designed to give the group a religious dimension.

The weekly quotes an Iraqi journalist as saying career officer Bakr was himself "a nationalist, not an Islamist".

The IS group, notorious for horrific acts of violence including rape, torture and beheadings, declared a caliphate in June 2014 that straddles large parts of Iraq and Syria under its control.