Bruce Jenner on gender transition : 'For all intents and purposes, I am a woman' 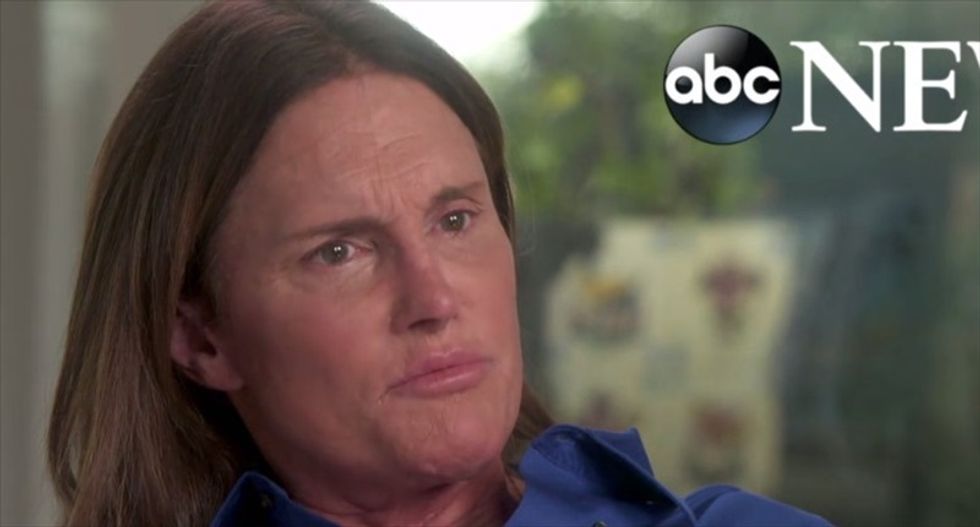 Former track star Bruce Jenner in excerpt from an interview with ABC News on April 24, 2015.

Former Olympic champion Bruce Jenner can be seen undoing his ponytail in what ABC News anchor Diane Sawyer called "a symbolic moment" during an interview discussing his upcoming gender transition.

"For all intents and purposes, I am a woman," Jenner told Sawyer in a clip posted ahead of their discussion airing on 20/20. "People look at me differently. They [say] 'You are a macho male.' But my soul and my heart and everything that I do in life, it is part of me. That female side is part of me. It's who I am."

ABC also posted a statement online clarifying that, while Jenner will transition into being a woman, he is still using "him" and "he" pronouns to refer to himself for the time being.

"As of now, I have all the male parts and all that kind of stuff. So in a lot of ways we're different, okay?" he said. "But we still identify as female. That's very hard for Bruce Jenner to say. 'Cause why? I don't want to disappoint people."

People magazine first reported in January that Jenner, who won the gold medal in the decathlon at the 1976 Summer Olympics, has been slowly altering his appearance to allow his loved ones to better accept his transition. The magazine quoted an unidentified source saying he was "happy and excited" after announcing his plan to his family.

"He gets to lay down a huge bag of bricks," the source said. "He's been through a dark period and is coming out on the other side."

Watch an excerpt from Jenner's interview with Sawyer, as posted by ABC on Friday, below.