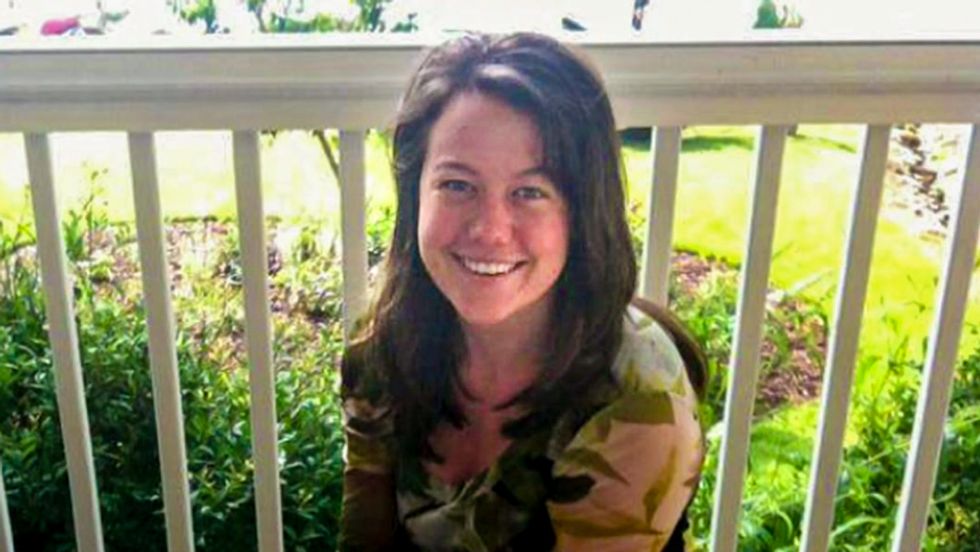 Republican lawmakers in Colorado have cited a brutal attack on a pregnant woman earlier this year as a reason to introduce the latest version of their so-called "personhood" bill, which defines a fertilized egg as a "person."

In March, 26-year-old Michelle Wilkins was lured to a home by a Craigslist ad for baby clothes. Dynel Lane, 24, was accused of attacking Wilkins and cutting the 7-month-old fetus from her womb. It did not survive.

This week, 15 Republicans in the Colorado state Senate sponsored a fetal homicide bill which borrows language from "personhood" legislation that social conservatives have hoped would eventually outlaw abortion in the United States.

An "unborn child at every stage of gestation from conception until live birth" would be included in the state's definition of a "person" if SB 15-268 is signed into law.

In a statement obtained by The Denver Post, Democratic state Sen. Pat Steadman said that he was "disappointed that the Republicans are choosing to use what happened to the Wilkins family to get 'personhood' into law."

And although the bill exempts acts "committed by the mother of her unborn child" and any "medical procedure" performed by a doctor, reproductive health expects argued that it did not protect abortion procedures.

"The legislation does not define 'medical procedure,' leaving open the possibility that it does not include abortion, which is not mentioned in the bill’s text, either allowing for it or forbidding it," Jason Salzman wrote for RH Reality Check. In contrast, Colorado’s existing Crimes Against Pregnant Women law, which does not give legal rights to fetuses, states that 'nothing in this act shall be construed to confer personhood, or any rights associated with that status, on a human being at any time prior to live birth.'"

Westword's Michael Roberts agreed that the bill would be "susceptible to stealth personhood assertions."

"The text's broadness suggests that it would allow prosecutors to file a murder charge in cases of falls resulting in miscarriages of pregnancies only a few weeks along," he explained.

As for Wilkins, she wrote on her Go Fund Me page this week that she was continuing to recover, and she thanked all her supporters for their contributions and prayers.

"I want to give another round of appreciation to people still sending me their positivity, caring, and contributions, each in their own way," she wrote. "Without your prayers and well wishes lifting me up, I don't know where I'd be. Words can't express my thanks though I will still try."

Watch a video report about the attack below from KMGH, broadcast March 20, 2015.