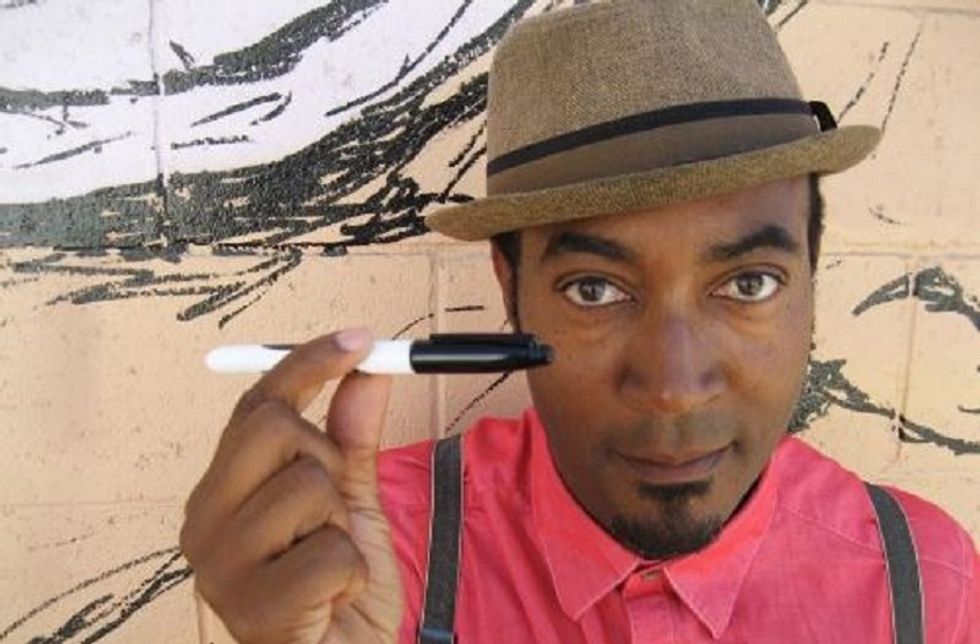 A cartoon that criticized vaccinations and the pharmaceutical industry disappeared from the liberal DailyKos website today after an uproar by its readers.

But cartoonist Keith Knight tells Raw Story he took the cartoon down himself because some of the comments by angry readers had "crossed a line."

On Thursday, Knight posted the cartoon, tagged "Pro-choice, not anti-vax," which criticized the government for shielding vaccine makers from lawsuits.

"Three quarters of every drug ad is spent describing side effects than [sic] can occur. Except when it comes to vaccines!" the cartoon says. It also dubbed criticism of people who raise questions about vaccinating their kids as "The New McCarthyism."

One of the people who was surprised to see the cartoon show up at DailyKos was biology professor and well-known atheist blogger Jerry Coyne, who writes at his website, Why Evolution Is True.

"Here it is, by Keith Knight, who has the chutzpah to title this cartoon 'The New McCarthyism'," Coyne wrote as he posted the cartoon for his readers. "The saddest part is that The Daily Kos has a reputation as a liberal site. Not any more, at least for me."

Coyne added that the only saving grace was the thrashing Knight was getting from DailyKos readers.

Knight has been drawing his black-and-white K Chronicles since 1993, and he's plenty used to controversy. We wanted to know if DailyKos had pulled down the cartoon, and so we sent him a message.

But Knight assured us that he himself made the decision to pull down the strip.

He didn't provide further explanation, and the comments were taken down with the cartoon.

Knight says he may revisit the subject.

"I may do a follow-up at some point, but for now I'll stick to less inflammatory subjects like abortion, Israel/Palestine, and gun control."

Take a look at Keith's cartoon over at Jerry Coyne's site and let us know what you think about it.