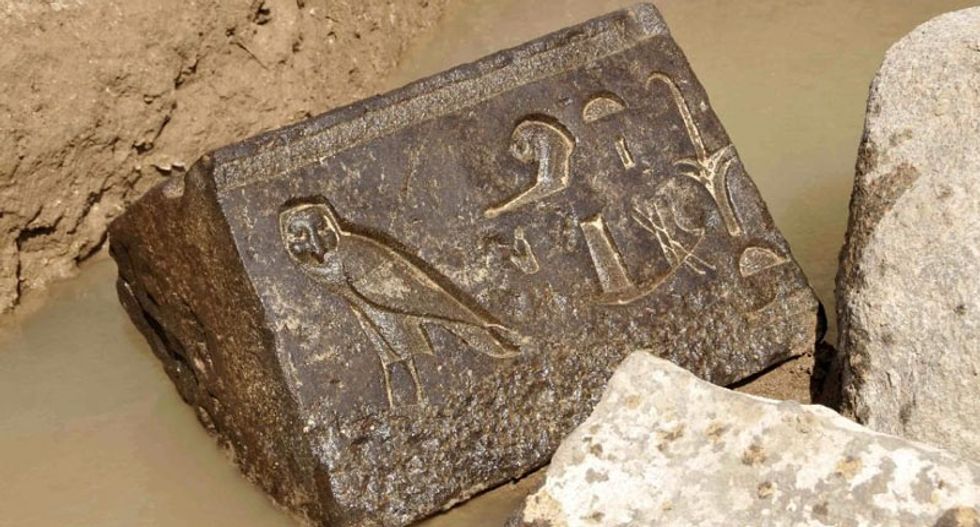 A picture released by Egypt's Supreme Council of Antiquities on April 14, 2015 shows a carved basalt block, a piece that belongs to the bottom part of a chapel belonging to King Nectanebo I (AFP Photo/)

Archaeologists excavating an ancient temple site in Cairo have discovered part of a chapel used by a pharaoh about 2,300 years ago, Egypt's antiquities ministry said on Tuesday.

The discovery was made at a site in the ancient Pharaonic capital of Heliopolis, today a sprawl of working and middle class districts in Cairo.

The chapel was built by King Nectanebo I, a king in the 30th dynasty that ruled from 380 to 340 BC between two Persian invasions of ancient Egypt.

The prayer space inside the larger temple "consists of carved basalt blocks in addition to a part of a royal statue carrying a cartouche of King Merineptah," the ministry statement said.

The statue depicts Merineptah, the son of 19th dynasty King Ramses II, presenting an offering to a god.

The joint Egyptian-German team excavating the site hopes to uncover the rest of the mud brick temple during the excavation season, the statement said.

Such finds are rare in the area, after many of the stones from ancient sites were used in the construction of Islamic Cairo in the 12th century.