'EVERY SINGLE CONDOM HAD A HOLE': Author and sex educator shares insane 'abstinence' lecture on Twitter 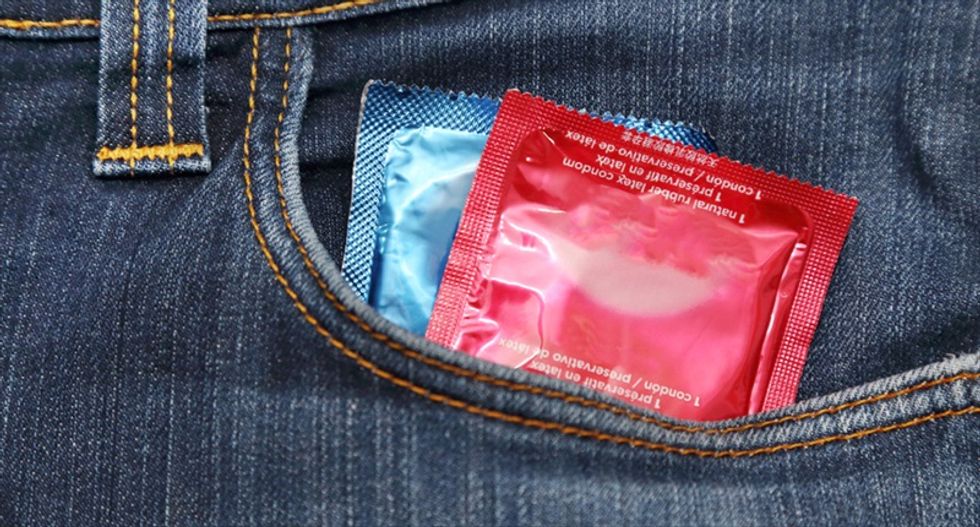 Author and Northeastern University professor Alice Dreger has garnered national attention after covering a pro-abstinence lecture at her son's high school on Wednesday, which led to her being banned from the school.

Mashable reported that Dreger's son invited her to sit in on the lecture at East Lansing High in Michigan. She began "live-tweeting" the class after finding an area with wifi access:

When her son shared information from the sex-ed group Advocates for Youth, Dreger wrote, he was rebuffed by the lecturer:

Dreger's 45-tweet description of the lecture was captured in its entirety on Storify, but some excerpts can be seen below:

Dreger also wrote that the teacher accused her son of "ambushing" him by bringing up information challenging abstinence-only theories, and that she "said f*ck about 10 times in front of some students" after the class.

Lansing State Journal columnist Judy Putnam reported that Dreger was banned from the school outside of her son's events because of her use of profanity.

"I support the appropriate expression of a plurality of viewpoints," principal Coby Fletcher said in a statement. "However, I am very concerned by the utter lack of civility I see conveyed in the tweets and the behavior the tweeter admits to exhibiting in the classroom. This is not representative of the conduct we expect to see adults model for our students."

Putnam also criticized Dreger's language, saying that while she "may well have valid points" regarding the school's approach to sex education, "I'm not sure embarrassing her own school district using tweets littered with the f-bomb is the right way to make them."

Dreger posted her own criticism of Putnam on Thursday:

She also recounted the experience in a column for The Stranger that was published on Thursday, while adding that she regretted not going to school board meetings where the sex-ed curriculum was decided.