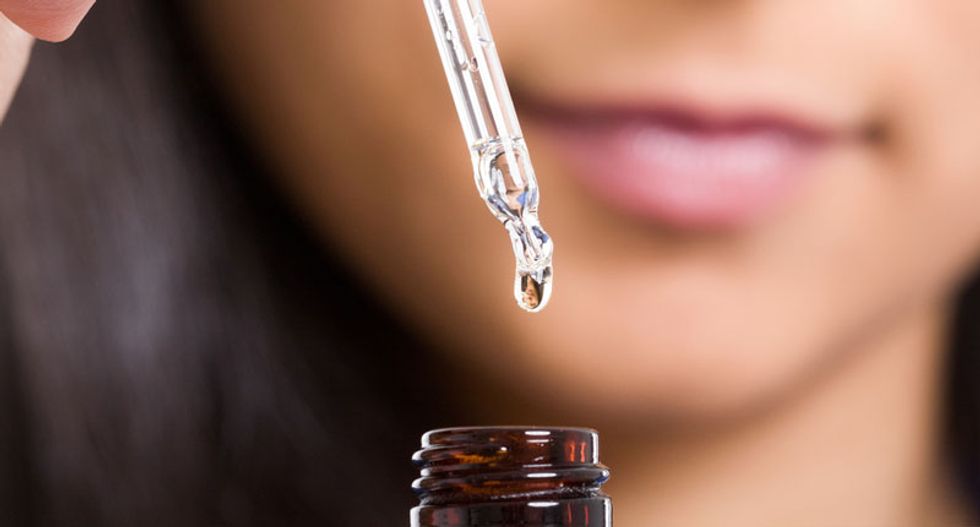 Close-up portrait of a scientist (Shutterstock)

US regulators assessing homeopathic treatments' safety and efficacy could overhaul rules of the multi-billion-dollar industry, they said.

Two days of public hearings wrapped up Tuesday to help determine if current regulations are still relevant for the industry that has seen "explosive growth" in the last 25 years, the Food and Drug Administration said in a statement.

The agency says it sent dozens of warning letters to companies that manufacture homeopathic products since 2009.

The FDA warned consumers in March against the risk of using homeopathic products to treat asthma because their safety and effectiveness have not been determined.

Homeopathy involves treating an ailment with diluted substances that produce similar symptoms, trying to prompt a protective immune response in the user.

The treatment assumes that the effect of the drug, often herbal, increases in proportion with the level of dilution.

US consumers spent some $2.9 billion yearly on the homeopathic products, the Centers for Control and Prevention of Diseases estimated in 2007.

Homeopathic products have not been regulated by US authorities since 1972 when the agency decided not to approve the products' placement on store shelves as it does for drugs.

A lack of regulation, that lets the public self-treat conditions with scientifically unproven products, has raised the ire of the medical community.

"I am concerned about the current state of labeling for homeopathic remedies, particularly OTC (over the counter) preparations," said Adriane Fugh-Berman a professor of pharmacology at Georgetown University.

"Many consumers have no idea what homeopathy is," said Fugh-Berman. "Most consumers and probably most health professionals are unaware that FDA does not review homeopathic drugs for safety or efficacy."

Fugh-Berman said there is no reliable evidence that homeopathic treatments work to treat any condition.

A recent report from Australia's National Health and Medical Research Council concluded the same based on 176 studies, echoing a report by the US National Institutes of Health.

"Several key concepts of homeopathy are inconsistent with fundamental concepts of chemistry and physics," the NIH statement said.

For their part, supporters of homeopathy defend their non-conventional medicines.

Lisa Amerine from the Homeopathic Academy of Naturopathic Physicians said homeopathic treatments should continue to be sold as they are because they are "safe and it is fairly easy for the consumer to understand what to buy should they have a minor health ailment."