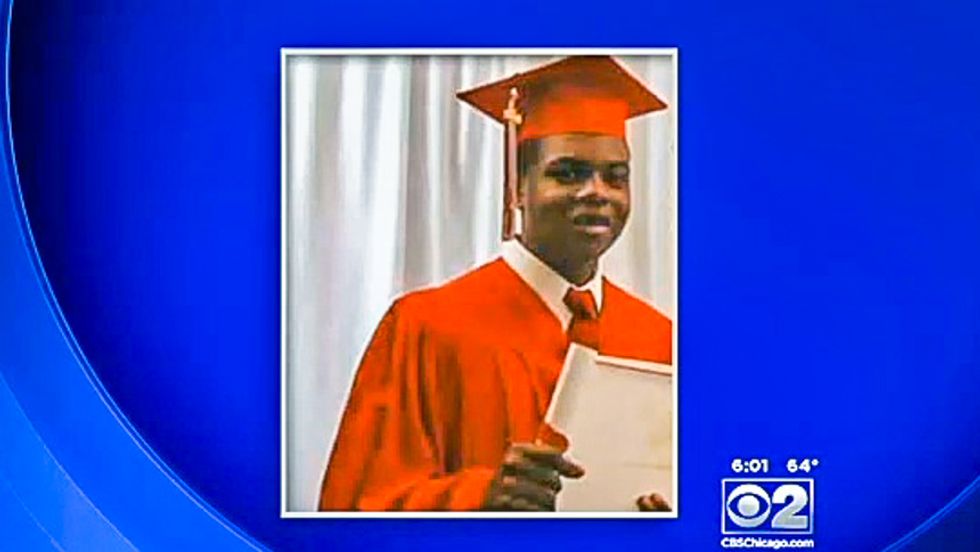 The U.S. Attorneys Office said this week that it had launched an investigation into a Chicago police officer who shot a 17 year old 16 times while the teen was walking away.

Speaking to a panel of city aldermen on Monday, city Corporation Counsel Stephen Patton recommended that the City Council approve a $5 million settlement with the family of 17-year-old Laquan McDonald.

McDonald had been spotted by Chicago officers on Oct. 20 of last year after a 911 caller reported that someone was trying to break into vehicles, according to the Chicago Tribune.

Patton said that McDonald had walked away when officers ordered him to drop his knife. And when an officer pulled his cruiser in front of McDonald, the teen allegedly punctured the car's tire.

Six officers were said to have surrounded McDonald with their guns drawn while waiting for backup armed with Tasers. But before the backup could arrive, one of the officers opened fire on McDonald, striking him 16 times.

Police union rules prevented the officer from being identified unless he was charged, but a spokesperson for the Fraternal Order of Police later claimed that McDonald had lunged at the officer with the knife.

Patton, however, told the panel of city aldermen that the McDonald family would argue that dashcam video showed that the teen was walking away when he was shot to death. Patton also noted that the family's attorney would question why none of the other officers opened fire.

“McDonald, as I mentioned before, was walking away when he was shot and they will argue that videotape supports their version of events,” Patton said.

Patton recommended that the city approve the $5 million settlement, noting that the family had initially sought $16 million. The settlement was approved by the Finance Committee, and the City Council was expected to take up the issue on Wednesday.

The officer has reportedly been placed on desk duty pending the outcome of the investigation.