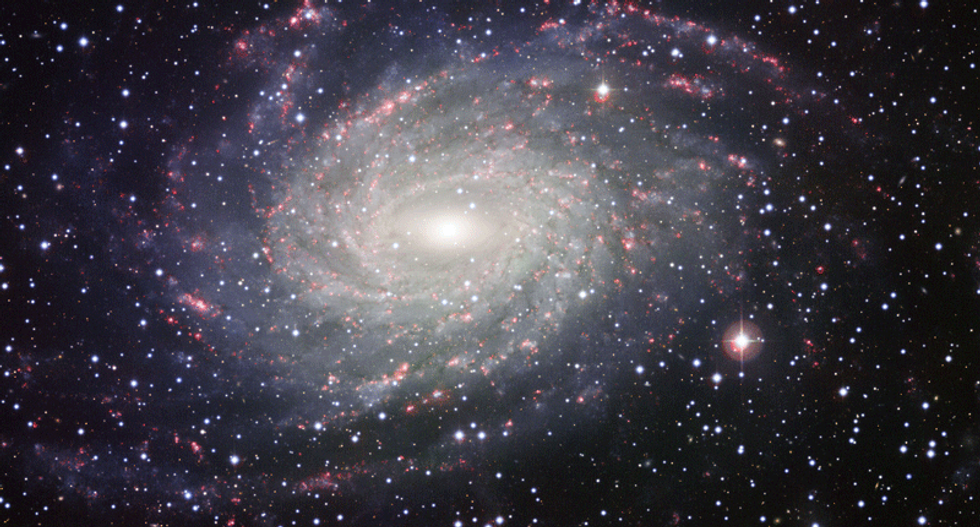 A photograph of galaxy NGC 6744, considered by scientists to greatly resemble the Milky Way (EOS)

The one mysterious trait that distinguishes “dark matter” from normal, visible matter is its tendency to interact with the latter only through gravity and not through any of the other fundamental forces of nature. Because of this peculiar characteristic, astronomers have attempted to observe collisions between galaxies as a way to shed light on the invisible…