'Give it up, a**hole!': Tennessee Republican shouts at health care protester 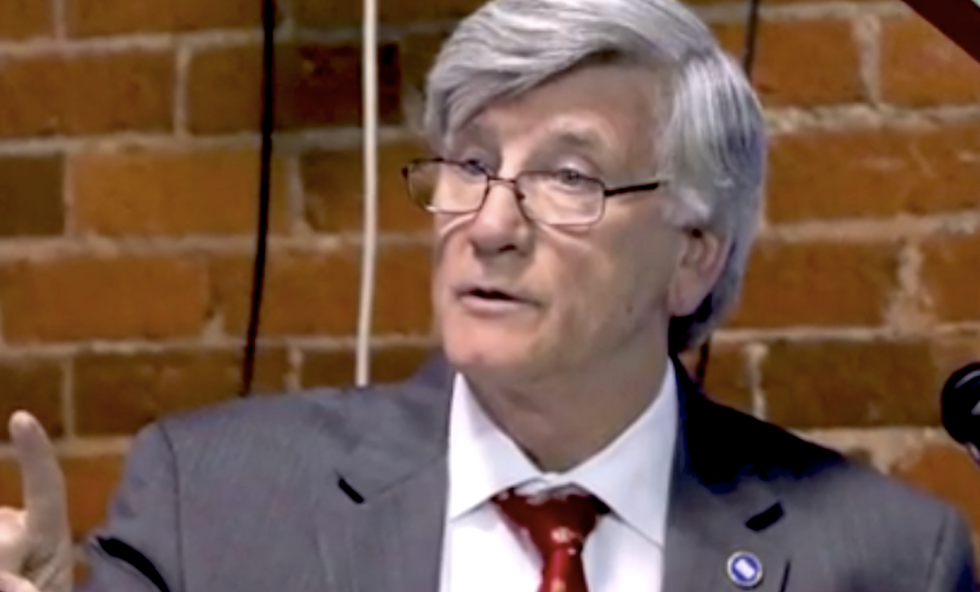 A Republican state senator from Tennessee got into a heated exchange with an irate protester at the state's capitol on Tuesday, calling the constituent an "asshole" before stomping away.

According to the Chattanooga Times Free Press, the protester was a supporter of Gov. Bill Haslam (R)'s Insure Tennessee initiative, which would extend health insurance coverage to many of the state's poor and uninsured.

State Sen. Todd Gardenhire was emerging from a legislative session when the protester addressed him. Half an hour before, Gardenhire and his Republican colleagues voted down Insure Tennessee, a program which would expand upon the ranks of people who are newly insured under the Affordable Care Act.

A supporter of the measure asked if Gardenhire would be willing to give up his own state-funded health insurance if he is so eager to deny coverage to others.

"Senator, are you willing to give up your health insurance?" the protester asked.

"Why don't you give it up, asshole?" said Gardenhire as he walked away down the corridor.

East Ridge resident Trae Haggard filmed the video and said that he was shocked at the senator's cavalier use of a vulgarity when dealing with a constituent.

"I was shocked he called a constituent that," Haggard told the Times Free Press.

Gardenhire told the paper that a protester had angered him earlier by following him into the capitol rest room.

"When a guy follows you into the bathroom and starts shouting at you, he's lucky I only called him by his first name," said the senator.

Watch of the incident video, embedded below:

Video from the Times Free Press: