'I believe in the Constitution': Bruce Jenner comes out -- as a Republican 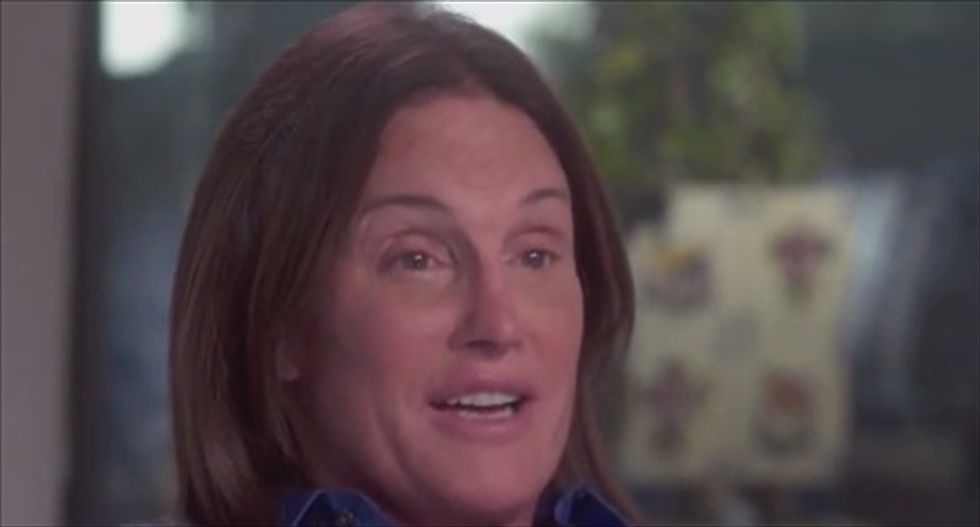 Bruce Jenner identifies himself as a conservative in ABC News interview on April 24, 2015. [GossipCop]

ABC News host Diane Sawyer seemed more surprised that former Olympic champion Bruce Jenner identified himself as a Republican than announcing he was a trans woman on Friday, the Huffington Post reported.

The revelation came when Sawyer asked Jenner for his reaction to President Barack Obama identifying trans Americans during this year's State of the Union address.

"He actually was the first one to say the actual word transgender, I will certainly give him credit for that," Jenner said of Obama. "But not to get political, I've just never been a big fan -- I'm kind of more on the conservative side."

"Are you a Republican?" Sawyer asked.

"Yeah, is that a bad thing?" Jenner replied. "I believe in the Constitution."

Sawyer, who noted during her report that 32 states lack laws protecting LGBT workers from job-related discrimination based on their gender and sexuality, then asked him if he thought it would be "an unsettling thing" for some conservatives. According to her, Jenner said neither major political party has "a monopoly on understanding."

She then asked if he would ask GOP House Speaker John Boehner and Senate Majority Leader Mitch McConnell to "champion" LGBT rights.

"I would do that, yeah, in a heartbeat," Jenner replied. "Why not? And I think they'd be very receptive to it."

"Log Cabin Republicans congratulates Bruce Jenner in the tremendous courage he demonstrated tonight, being true to himself both in terms of his personal identity as well as his political identity," the statement read. "There is a home for you in Log Cabin Republicans — as there is for all lesbian, gay, bi-sexual, and transgender conservatives and straight allies."

ABC said in a separate statement that, while Jenner identifies as a woman, he chose to use the pronouns "he" and "him" to refer to himself.