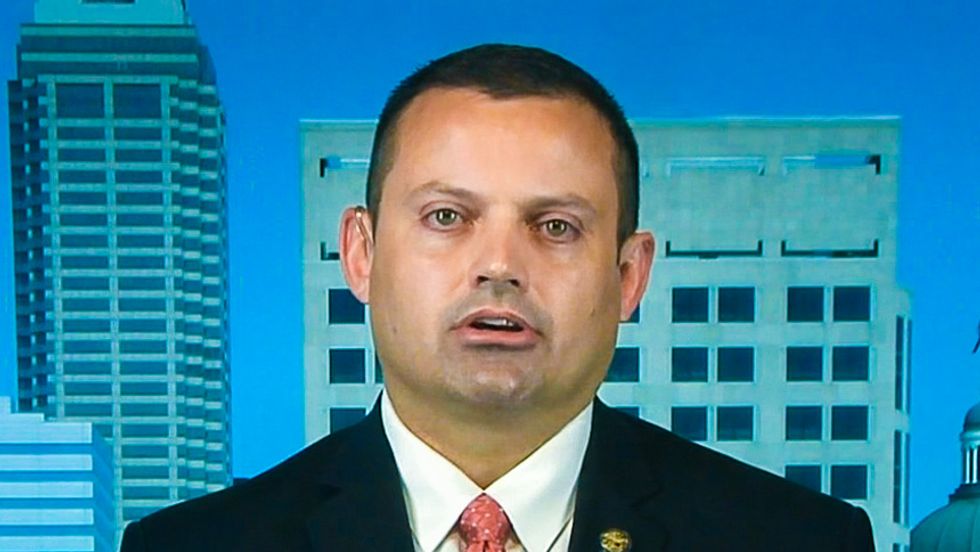 Indiana state Rep. Jud McMillin (R) insisted on Thursday that he was not "focusing on poor people" with a bill that would strip welfare benefits from people who failed to pass a drug test.

On a Fox & Friends segment called "Entitlement Nation," host Brian Kilmeade noted that critics of Indiana's drug testing bill had argued that it singled out and stereotyped the poor.

"I think it's going to save a whole bunch of money," McMillin told Kilmeade. "And it certainly isn't focusing on poor people. What it focuses on is people who are using drugs."

"If you're on welfare, usually you don't have that much money," he reasoned. "So it might not be wrong to label them poor people."

"Well, it might not be wrong to label them less -- you're correct, they don't have as much money as some other folks do," McMillin admitted. "But just because they don't have that money doesn't mean we shouldn't make sure taxpayer dollars are used efficiently when they do get it."

"And you think it will affect between 20 and 30 thousand people?" Kilmeade pressed.

"At least," the lawmaker replied. "But again, that's discounting all the tangential effects you will see once you start getting people back in the workforce."