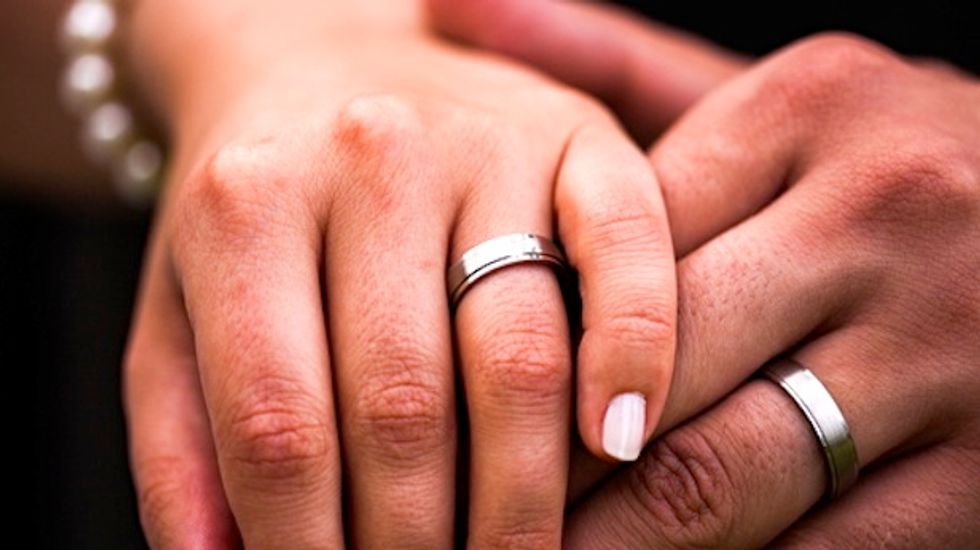 Closeup of hands of couple with wedding rings (Shutterstock)

Less than three weeks after Utah enacted the state's first nondiscrimination protections for gay and transgender residents, the Mormon Church on Saturday extolled the eternal value of marriage between a man and a woman.

The Church of Jesus Christ of Latter-day Saints has long held that marriage is a sacred union, in life and in the hereafter, and reiterated that belief in its 185th Annual General Convention in Salt Lake City.

During Utah's 2015 legislative session, the LDS Church backed legislation that made it illegal for employers and landlords to discriminate against people based on their sexual orientation or gender identity. Gov. Gary Herbert, himself a Mormon, signed the bill.

More than 60 percent of Utah's residents and 80 percent of state lawmakers are members of the faith. Utah and 36 other states have legalized same-sex marriage, which the Morman Church strongly opposes.

The president of the church's Quorum of the Twelve Apostles Boyd K. Packer said in a speech on Saturday that faithful members of the LDS Church believe that “the only legitimate, authorized expression of the powers of procreation is between a husband and wife who have been legally and lawfully married."

While the church supported the nondiscrimination bill, it was not a significant point of discussion at the convention on Saturday.

Religious freedom acts in Indiana and Arkansas recently drew heavy criticism, with opponents saying they permit businesses to legally discriminate against gays and lesbians. Legislatures in both states this week revised the laws to prevent certain practices seen as discriminatory.