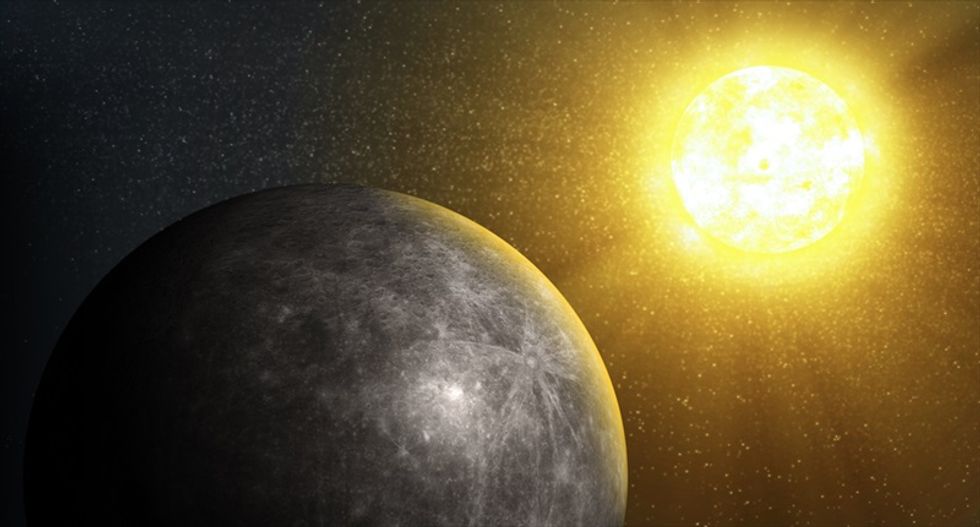 NASA's pioneering Messenger spacecraft ended its four-year study of the planet Mercury on Thursday by crashing into the planet’s surface, scientists said.

Messenger, with no more fuel to maneuver, fought the downward push of the sun's gravity until it impacted the planet's surface. It likely gouged a 52-foot-wide (16 meter) crater into Mercury's 's scarred face

During its final weeks in orbit, Messenger relayed more details about the innermost planet of the solar system, which turns out to have patches of ice inside some of its craters, despite its sizzling location more than twice as close to the sun as Earth.

"We've been concentrating on getting as much of the data down on the ground,” lead researcher Sean Solomon, with Columbia University in New York, wrote in an email. “We will have years to think about the meaning of the measurements.”

Messenger, or the Mercury Surface, Space ENvironment, GEochemistry, and Ranging craft, made the first close-up studies of Mercury since NASA’s Mariner 10 spacecraft flew by the planet three times in the mid-1970s. It arrived at Mercury in 2011 after a circuitous six-year journey.

During its 4,104 orbits of Mercury, Messenger made surprising detections of potassium, sulfur and other volatiles on the planet’s surface that presumably should have evaporated due to the planet’s high temperature. Mercury’s average surface temperature is 332 degrees Fahrenheit (167 degrees Celsius), with daytime highs of 801 degrees Fahrenheit (427 degrees Celsius.)

Messenger also confirmed the existence of ices and other materials, possibly even carbon-based organics, on the floors of craters where sunlight never shines. During its final days, Messenger attempted to peer directly down into targeted craters, Solomon said.

It also found evidence of past volcanic activity and signs the dense and shrinking planet has a liquid-iron core.

"It's mind-boggling how much we have accomplished,” Messenger scientist Deborah Domingue, with the Planetary Science Institute in Tucson, Arizona, said in a statement. “There is such a feeling of satisfaction."

Europe and Japan are partnering on a follow-on mission to Mercury, called BepiColombo, due to launch in 2017.