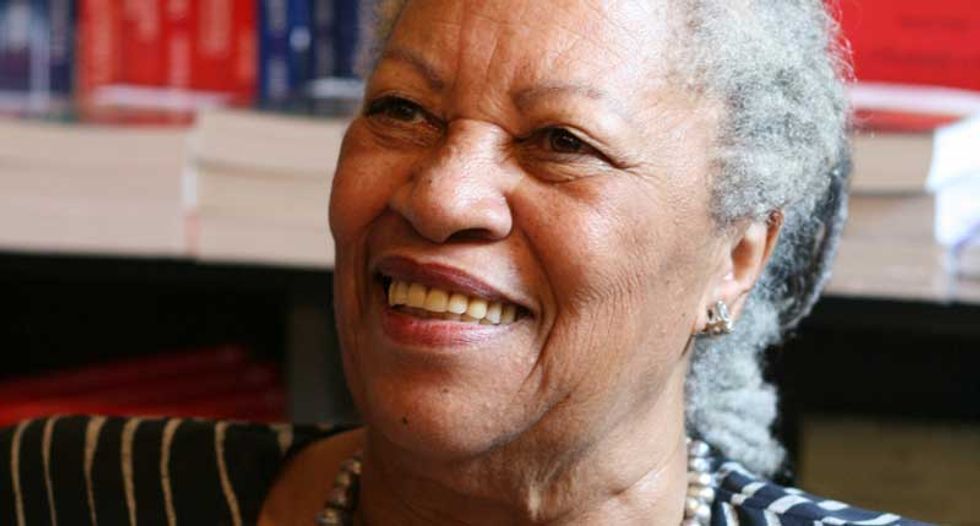 The Nobel prize-winning author Toni Morrison has delivered a frank assessment of race relations in America, declaring that until racial disparities in the criminal justice system are resolved, the conversation about racism will never be over.

Morrison, who won the Pulitzer prize in 1988 for her novel Beloved, which told a story of racism and slavery in 19th-century Kentucky and Ohio, drew on a recent spate of high-profile killings of unarmed African Americans by law enforcement officials to illustrate the ongoing struggle.

“People keep saying, ‘We need to have a conversation about race’,” Morrison told the Daily Telegraph .

“This is the conversation. I want to see a cop shoot a white unarmed teenager in the back.”

She added: “And I want to see a white man convicted for raping a black woman. Then when you ask me, ‘Is it over?’, I will say yes.”

Since the fatal police shooting of unarmed 18-year-old Michael Brown in Ferguson, Missouri, in August last year, thousands of protesters have taken to the streets around America, demanding criminal justice reform under the banner of the Black Lives Matter movement .

Morrison also argued that economic forces still drove racial inequality and racism in the US.

“Race is the classification of a species,” she said. “And we are the human race, period. But the other thing – the hostility, the racism – is the moneymaker. And it also has some emotional satisfaction for people who need it.”

Morrison argued that slavery had “moved this country close to the economy of an industrialised Europe, far in advance of what it would have been”, and added, in reference to controversial New York police tactics employed regarding racial minorities: “They don’t stop and frisk on Wall Street, which is where they should really go.”