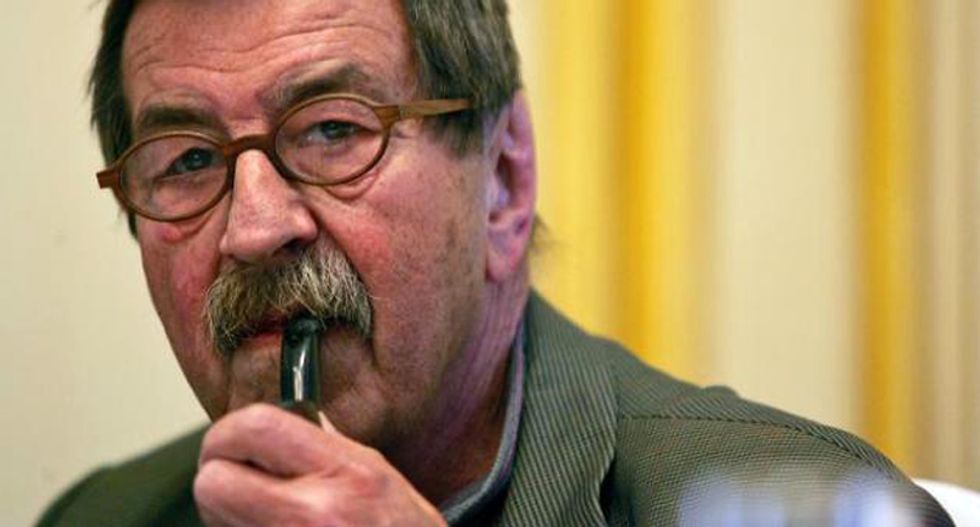 Germany's Nobel-winning author Gunter Grass said he feared humanity was "sleepwalking" into a world war in the last interview he gave before his death on Monday.

"We have on the one side Ukraine, whose situation is not improving; in Israel and Palestine things are getting worse; the disaster the Americans left in Iraq, the atrocities of Islamic state and the problem of Syria," he told the Spanish newspaper El Pais in the interview published Tuesday.

"There is war everywhere; we run the risk of committing the same mistakes as before; so without realising it we can get into a world war as if we were sleepwalking," he added.

Spain's top-selling newspaper said the interview, carried out at the author's home in Luebeck in northern Germany on March 21, was his last before his death aged 87.

Grass, who achieved worldwide fame with his debut and best-known novel "The Tin Drum" in 1959 was a pacifist, opposing the installation of nuclear missiles on German soil.

In his lengthy interview with El Pais, he also expressed concern over climate change and overpopulation.

"All of this together makes me realise that things are finite, that we don't have an indefinite amount of time," he said.

Grass pressed Germany for decades to face up to its Nazi past, winning the Nobel Prize in Literature in 1999, when the Swedish Academy said his "frolicsome black fables portray the forgotten face of history".