'None of it is true': Australian health blogger who pushed 'natural cures' admits she never had cancer 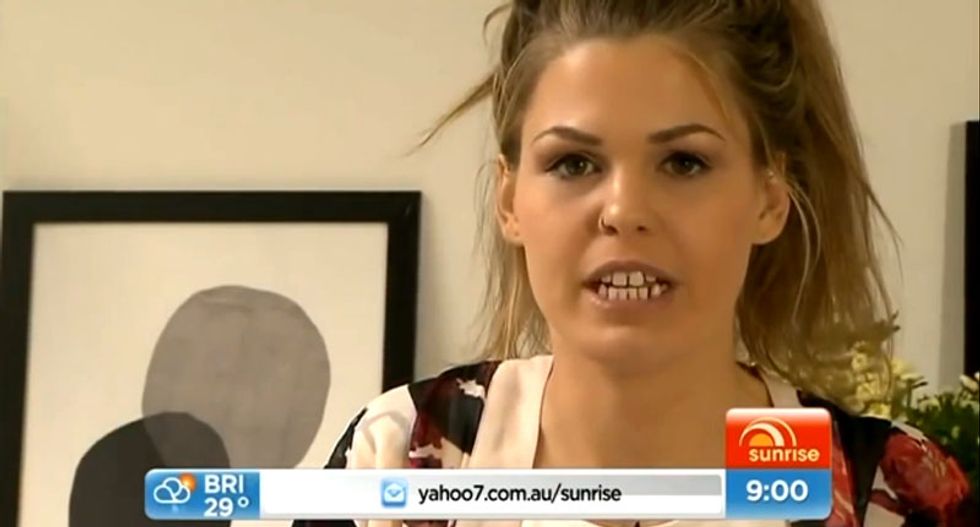 An Australian blogger who found fame after claiming she was conquering brain cancer through natural therapy, her app even getting chosen for the new Apple watch, admitted Thursday she never had the disease.

Belle Gibson launched her successful The Whole Pantry business in 2013 -- billed as the world's first health, wellness and lifestyle app community -- on the back of healing herself naturally through wholefoods and alternative therapies.

She also released The Whole Pantry cookbook in 2014, which publisher Penguin pulled from sale last month when suspicions sparked by the Australian media first arose. It had been due to go on sale soon in the United States and Britain.

Her app had also reportedly been hand-picked by tech giant Apple for its new smartwatch, which goes on sale Friday.

Mother-of-one Gibson, 23, has now admitted she fabricated the cancer, when quizzed by the Australian Women's Weekly.

"No. None of it is true," she confessed in an interview published Thursday entitled "My lifelong struggle with the truth".

"I just think (speaking out) was the responsible thing to do. Above anything else, I want people to say 'okay, she's human'."

Gibson added that after years of lies, confronting the truth was "very scary, to be honest".

Reports said she had received hate mail and even death threats since being exposed. She said the backlash had been "beyond horrible".

Gibson did not go into detail about her motivations for lying, other than that she had a troubled childhood.

The magazine said accountants were winding up The Whole Pantry business.

Gibson's lie began unravelling when it emerged last month that she failed to donate Aus$300,000 (US$232,000) in profits from the sales of her book to charity as promised and friends started to question her diagnosis via the media.

Consumer affairs authorities said they were checking whether she had breached any laws in claiming to give to charity when the money had not been donated.

"Businesses are obliged to ensure that any representations related to their products or services do not mislead consumers and all representations are true and accurate," Consumer Affairs Victoria said in a statement.

Todd Harper, the chief of local charity Cancer Council Victoria, urged patients to be wary of cure claims that sounded too good to be true.

"We are very concerned about anyone who makes unproven scientifically flawed claims about cancer treatments because the risk is that cancer patients will take them seriously," he said, without commenting specifically on Gibson.

He added that patients should consult their doctor before trying alternative or complementary treatments, including extreme diets.

Bloggers faking disease and even death to gain attention is not a new phenomenon.

Earlier this month, a 27-year-old US woman from New York state was jailed for 20 years after killing her five-year-old son by poisoning him with salt, so she could log on and write about his "illness".

The court heard Lacey Spears suffered from Munchausen syndrome in which a person fakes illness to get attention.

The Australian Women's Weekly said medical specialists it spoke to suggested Gibson could be suffering from a similar condition.